US President Joe Biden spoke to his Chinese counterpart Xi Jinping on Wednesday, pressing the Chinese leader about trade and Beijing’s crackdowns in Hong Kong, Xinjiang as well as its actions towards Taiwan.

The call was Biden’s first direct contact with Xi since he took office on January 20, and came just hours after he ordered the United States military to review its national security strategy in China.

A White House statement said Biden raised concerns about Beijing’s “coercive and unfair economic practices”, and told Xi it was a US priority to preserve a free and open Indo-Pacific region.

The US leader also underscored his “fundamental concerns about China’s crackdown in Hong Kong, human rights abuses in Xinjiang, and increasingly assertive actions toward Taiwan,” the statement said.

Tensions between the world’s two biggest economies are at their lowest in decades. Biden has called Beijing Washington’s “most serious competitor”, and his administration has indicated it will broadly continue the tough approach taken by his predecessor, Donald Trump.

Biden has also indicated that he is willing to work with China on shared global challenges, however.

The White House said the two leaders exchanged views on Wednesday on countering the COVID-19 pandemic, as well as on challenges of climate change and preventing weapons proliferation – a reference to the US desire to cooperate with Beijing in persuading North Korea to give up its nuclear weapons.

“I told him I will work with China when it benefits the American people,” Biden posted on Twitter after the call.

China’s state broadcaster CCTV struck a mostly positive tone about the conversation, saying Xi acknowledged the two sides had their differences, and those differences should be managed, but urged overall cooperation.

CCTV said Xi pushed back against Biden’s concerns on Taiwan, Hong Kong and Xinjiang, saying the issues are China’s internal affairs and concern Chinese sovereignty. He warned, “the US should respect China’s core interests and act with caution.”

The Biden-Xi call came amid rising tensions over a series of US naval drills in the South China Sea, where Beijing has extensive territorial claims. Two US carrier groups conducted joint exercises in the busy waterway on Tuesday, just days after a US warship sailed near the Chinese-controlled Paracel islands in what Washington called a freedom of navigation operation.

China has condemned the moves, describing US forays in the South China Sea as a “show of force” that was not conducive to regional peace and stability.

Beijing has also been angered by US warships sailing through the Taiwan Strait, including one last week, also the first such operation under the Biden administration.

Earlier on Wednesday, Biden made his first visit to the Department of Defense and announced that a new China task force would be formed at the Pentagon “to look at our strategy and operational concepts, technology and force posture and so much more”.

“We need to meet the growing challenges posed by China and keep peace and defend our interests in the Indo-Pacific and globally,” said Biden, who was joined by Secretary of Defense Lloyd Austin and Vice President Kamala Harris.

The task force will be made up of 15 civilian and military officials, who have yet to be named, and will be headed by Ely Ratner, a former national security adviser to Biden assigned to Austin’s staff, according to a defence department fact sheet.

“It will require a whole-of-government effort, bipartisan cooperation in Congress and strong alliances and partnerships. That’s how we will meet the China challenge and ensure the American people win the competition in the future,” said Biden.

Biden, who had dealt with the Chinese leader when he served as Barack Obama’s vice president, used his first three weeks in the White House to make several calls with other leaders in the Indo-Pacific region.

With Japanese Prime Minister Yoshihide Suga late last month, Biden underscored the US commitment to protecting the Senkaku Islands, a group of uninhabited islets administered by Tokyo but claimed by Beijing.

In his call with India’s Prime Minister Narendra Modi, Biden emphasized the need for “close cooperation to promote a free and open Indo-Pacific”. And in his call with Australian Prime Minister Scott Morrison last week, the president highlighted that the two nations’ alliance was essential to stability in the region, the White House said.

In my call with my counterpart in Beijing, Yang Jiechi, I made clear the U.S. will defend our national interests, stand up for our democratic values, and hold Beijing accountable for its abuses of the international system.

Last week, US Secretary of State Antony Blinken told Yang Jiechi, a senior Chinese official, that the US would “defend our national interests, stand up for our democratic values and hold Beijing accountable for its abuses of the international system”.

Biden’s National Security Advisor Jake Sullivan said on January 29 the US must be prepared to impose costs on China for its treatment of Uighur Muslims in Xinjiang, its crackdown on democracy advocates in Hong Kong and “bellicosity” towards Taiwan. 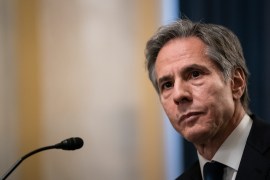 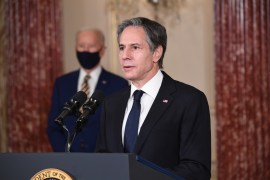 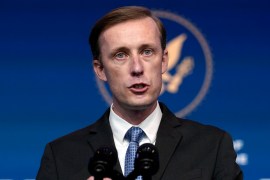