For the first time in years, Egypt has “indefinitely” opened its Rafah border crossing with the Gaza Strip, the only passage to the outside world for the residents of the coastal enclave that is not controlled by Israel.

The move on Tuesday came as Palestinian factions concluded a two-day meeting in Egypt’s capital in which they agreed to “respect and accept” the results of long-delayed legislative and presidential elections – set for May 22 and July 31, respectively.

The Palestinian embassy in Cairo said Egypt had decided to open the crossing as a result of “intensive and bilateral talks between the Palestinian and Egyptian leaderships to facilitate the passage of Palestinians to and from the Gaza Strip”.

Palestinian sources attending the talks said they had been told by Egyptian intelligence officials that the move was designed to create a better atmosphere at the negotiations. 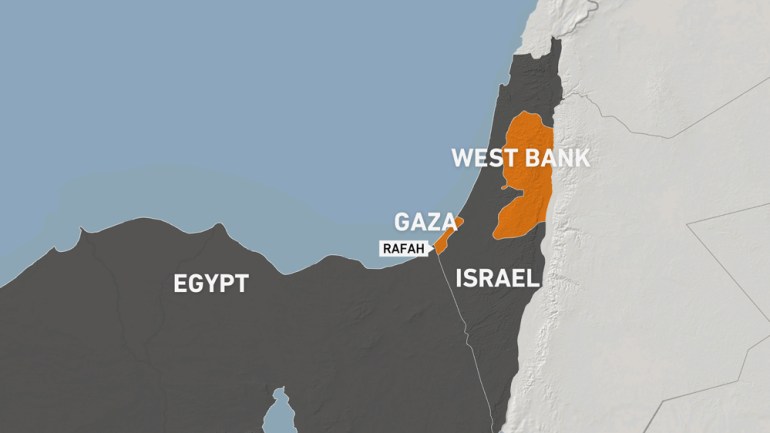 Reporting from Ramallah in the occupied West Bank, Al Jazeera’s Nida Ibrahim said some were linking it to the Cairo summit and suspected it was “a gesture from the Egyptians”.

“Thousands have already been registering their names with the interior ministry in Gaza, hoping they can make their way into Egypt – it’s their only lifeline to the outside world,” Ibrahim said.

“Many are still concerned that … they’re not going to be treated greatly, specifically due to security concerns by the Egyptians.”

The Rafah border is the main exit point for the majority of Gaza’s two million population.

The Gaza Strip does not have an airport and has been under an Israeli land, sea and air blockade for more than a decade.

Israel controls Gaza’s airspace and territorial waters, as well as two of the three border crossing points, making it extremely difficult for Palestinians, who must get hard-to-obtain permits, to pass through.

For the majority of Palestinians who wish to travel, study or seek medical care abroad, they must cross into Egypt before being able to take a flight to their destination.

The Rafah crossing has been largely closed in recent months as part of efforts to rein in the coronavirus pandemic, although it has intermittently opened for short periods.

An Egyptian security source told AFP news agency that “this isn’t a routine or normal opening. This is the first time in years that the Rafah border crossing is opening indefinitely. It used to open only three or four days at a time.”

“This crossing must be open 24 hours a day, throughout the year,” the 50-year-old Palestinian told AFP news agency. “There are lots of humanitarian cases that are extremely dire.”

The Gaza Strip has been administered by Hamas since 2007, the year Israel imposed the blockade on the enclave, while the Fatah-run Palestinian Authority has limited self-rule in the Israeli-occupied West Bank.

Hamas won an unexpected landslide in the last elections in 2006, a victory not recognised by Fatah. This led to bloody clashes the following year and a split in Palestinian governance. Since then, Egypt has largely closed the Rafah crossing.

The Egyptian government has recently cited the COVID-19 pandemic threat to keep the border closed.

Gaza has reported more than 50,000 confirmed cases, including some 530 deaths, while Egypt has registered about 170,000 infections, including almost 9,700 fatalities.