A powerful 7.7 magnitude undersea earthquake struck the South Pacific on Thursday, triggering tsunami warnings in the region that were later cancelled, with no immediate reports of damage.

The European Mediterranean Seismological Centre (EMSC) said the quake’s epicentre was 417 km (258 miles) east of Tadine, a town in the French territory of New Caledonia, and at a depth of 10 km (6.2 miles).

France’s ministry for overseas territories said in a social media post on Thursday there were no immediate reports of damage or casualties in New Caledonia.

The earthquake also sparked a tsunami warning for New Zealand, New Caledonia, Vanuatu and other nations in the region.

The US Tsunami Warning System later said the tsunami threat had passed for the region, although warned there may be minor sea fluctuations.

UPDATE: Overnight, a Tsunami Marine Warning was issued for Lord Howe Island. It has now been cancelled. The Joint Australian Tsunami Warning Centre issued the warning following a 7.6 magnitude earthquake near New Caledonia. Watch our video for more info: pic.twitter.com/n1XDqbVflQ

According to the USGS, it was the strongest of a total of five earthquakes that occurred within an hour to the southeast of the island group.

“Fortunately there is no need to evacuate at this time,” NEMA told Al Jazeera via email, adding that they were also not “aware of any casualties at this time”.

A wave of 0.3 metres struck Fiji, according to the Twitter feed of the island nation’s seismology department. It provided no further details.

John Ristau, a seismologist from New Zealand-based GNS Science, told NewsHub’s The AM Show that most likely the damage from the quake would be “minimal”. But he also warned that the quake could trigger more tremors. 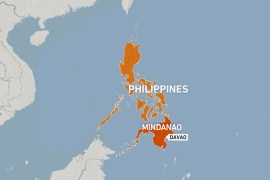 No immediate reports of damage and a tsunami warning was not issued after magnitude seven earthquake. 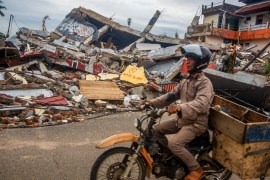 Rescuers continue searching for survivors in the rubble left behind by a magnitude 6.2 quake. 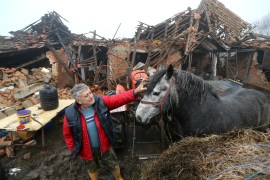 Trucks have transported some 20 mobile homes, donated by local hotels and firms, to the affected region. 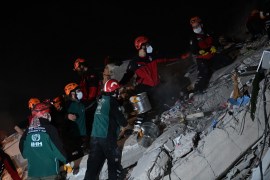