HIV attacks the immune system, weakening it to the point where it cannot fight infections.

According to UNAIDS, there were 37.7 million people living with HIV around the world as of 2020.

Some 1.5 million people were infected with HIV in 2020 according to the World Health Organization (WHO).

World AIDS Day, commemorated annually on December 1, is dedicated to raising awareness of the AIDS pandemic and mourning those who have died of the disease.

HIV/AIDS has killed up to 36.3 million people and infected 79.3 million over the past 40 years. 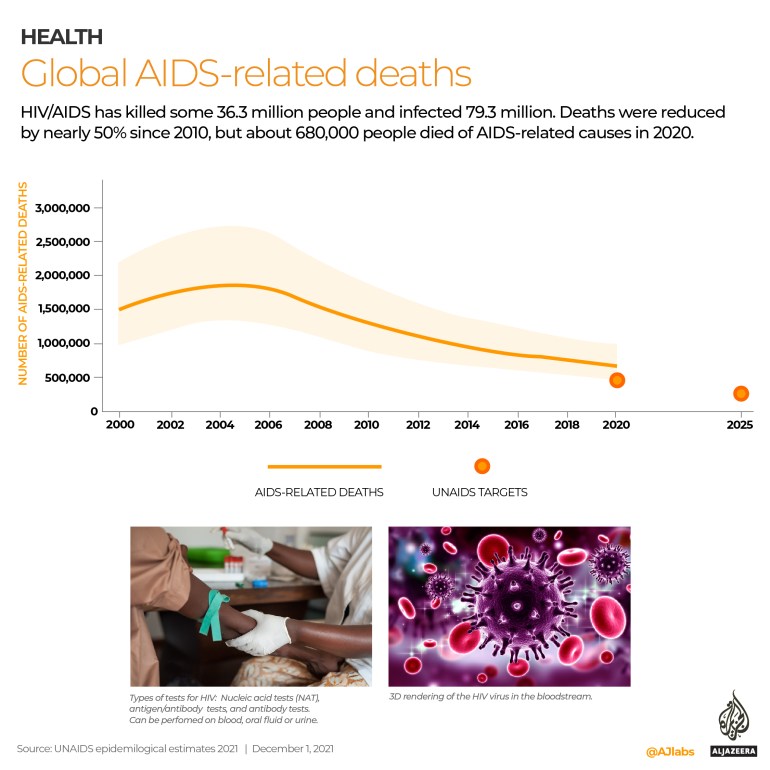 In 2020, approximately 1.5 million people acquired HIV, with women and girls accounting for about half of new infections. Every week, some 5,000 young women between the ages of 15 and 24 are infected, according to UNAIDS.

In some regions, women who are subjected to physical or sexual violence are 1.5 times more likely to contract HIV. Globally, at least 35 percent of women have been sexually or physically assaulted by an intimate partner, according to the WHO.

A global breakdown of AIDS cases and deaths is presented in the table below. 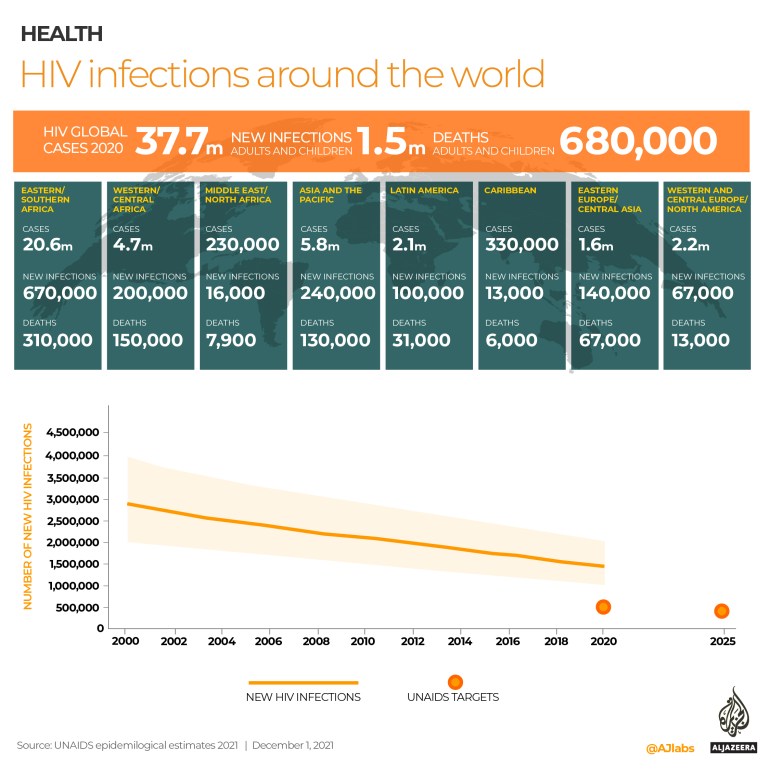 UNAIDS has recommended a range of tools and treatments to tackle HIV.

Sex education is vital for young people to understand how to keep themselves safe from sexually transmitted diseases (like AIDS) and avoid unplanned pregnancies.

In 2020, at least 27.5 million people received access to antiretroviral therapy (ART) – a treatment that reduces the amount of HIV in the blood (also known as the viral load).

Pre-exposure prophylaxis (PrEP) entails taking antiretroviral medication prior to possible exposure to HIV. UNAIDS says this has been effective across all populations.

In countries where there are high rates of HIV transmission, voluntary medical male circumcision (VMMC) can help reduce transmission. In 2020, 2.8 million men went through VNMC’s, compared with 4.1 million in 2019 – a drop largely due to COVID-19. 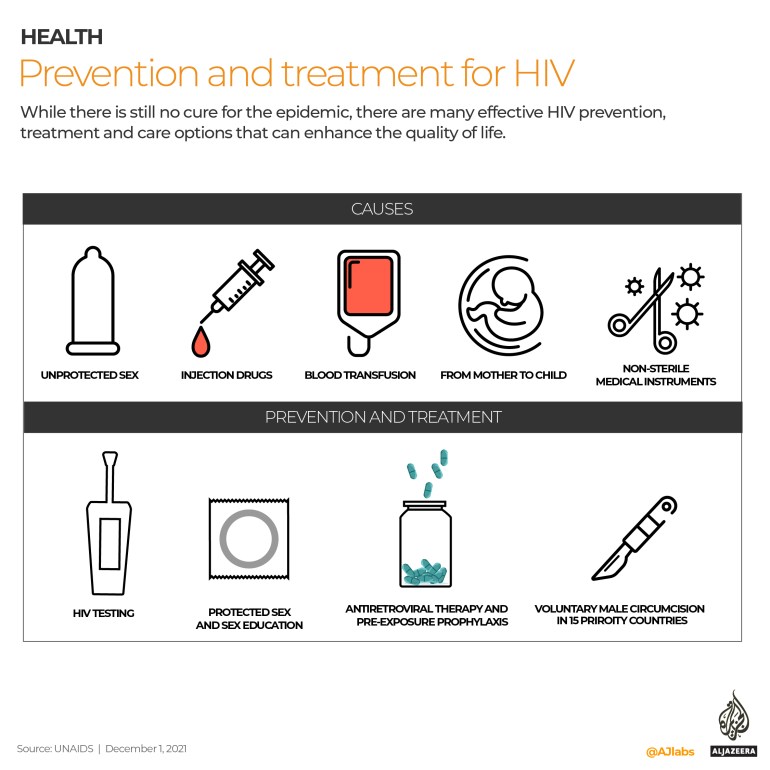 The COVID-19 pandemic has disrupted medical services and treatments, meaning many of those living with HIV in the most vulnerable locations have been left without the care they need.

“We know that fewer people have had access to HIV prevention medicines. We also know fewer people were coming for testing for HIV across the world,” Winnie Byanyima, executive director of UNAIDS, said in a news conference on Tuesday.

In addition, because of their compromised immune systems, those living with HIV have much higher chances of developing comorbidities from COVID-19.

As of November 2021, only 7 percent of people living in Africa had been fully vaccinated against COVID-19, according to Our World in Data.

The map below shows how COVID vaccination rates compare with HIV prevalence.