The International Criminal Court’s (ICC) decision last year to launch an investigation into alleged war crimes had raised hopes that grave atrocities committed during decades of conflict in Afghanistan would not be swept under the rug.

The investigation announced by the ICC in March 2020, after more than two years of legal wrangling, covered the Afghan forces, the US troops, CIA operatives and the Taliban armed group.

But its efforts to bring justice to Afghan victims drew a swift US rebuke, while the West-backed Kabul administration showed little sincerity in pursuing the cases.

The inquiry entered unchartered legal terrain in August, when the Taliban – one of the main groups under scrutiny for committing a long list of atrocities – retook power after the government of President Ashraf Ghani collapsed.

It has left the court and the international community at large to grapple with one pressing question: who is the legitimate representative in Afghanistan?

The ICC has made squaring the circle central to its ability to move forward with the investigation. Earlier this month, the Hague-based court’s Pre-Trial Chamber II requested the secretary-general of the United Nations to submit information on the identification of the authorities currently representing the Islamic Republic of Afghanistan. The UN has been asked to respond by November 8.

The principle of complementarity

Mehdi Hakimi, director of the Rule of Law Program at Stanford Law School, told Al Jazeera that the ICC was being “vigilant and cautious” to avoid setting a dubious legal precedent at a time of great uncertainty.

“The court is being extremely mindful of the fact that it has to give the authorised representatives a chance to respond to the request from the prosecutor to start an investigation,” Hakimi said.

As a court of last resort governed by the principle of complementarity, the ICC may only assert jurisdiction when the state fails to act, including if it is unwilling or unable to carry out genuine proceedings.

States have the right to file a request for deferral and submit evidence that they are effectively investigating the alleged crimes domestically.

Ghani’s government requested a deferral shortly after the office of the prosecutor launched the investigation in March 2020. It then submitted documents related to more than 150 cases as evidence that the Afghan justice system was robustly investigating and prosecuting war crimes.

But Human Rights Watch (HRW) accused the Afghan government of failing to bring officials accused of committing atrocities to justice.

A follow-up meeting held at the ICC headquarters in The Hague earlier this year ended without deliberation on the part of Prosecutor Fatou Bensouda, leaving the deferral request pending.

In September, Karim Khan – who succeeded Bensouda in June – sought the authorisation to dismiss the deferral and resume the investigation on the grounds that Afghanistan had no credible authority to conduct an independent inquiry.

“I have reached the conclusion that, at this time, there is no longer the prospect of genuine and effective domestic investigations,” Khan told the Pre-Trial Chamber II in his request.

“This is not to suggest that there can never be any prospect of adequate and effective proceedings in Afghanistan … They are not, however, available in Afghanistan at this time,” he added.

Khan’s request was rejected by the Pre-Trial Chamber II, which said statements or assumptions of political nature had no place in a court of law, and asked the UN to name the legitimate representatives of Afghanistan.

The international community has so far been unwilling to recognise the Taliban-led government, as the group is labelled as a “terrorist” organisation under US law.

Yet, should a Taliban government be recognised, it could hypothetically file a deferral request and claim to be willing and able to internally investigate the crimes by its own members.

“Anything is possible,” Hakimi said. “We are in uncharted territory.”

From a practical perspective, the position adopted by the Pre-Trial Chamber II threatens to undermine the court’s ability to investigate, legal experts say.

“We have to keep in mind what the purpose of the International Criminal Court is: to ensure that the most heinous criminal acts do not go unpunished,” Hakimi said. “So these procedural issues should not prevent the court from prosecuting those who have committed crimes against humanity.”

Ehsan Qaane, a researcher with the Afghanistan Analysts Network (AAN), expressed frustration at the position adopted by the Pre-Trial Chamber II.

“It’s very clear that a domestic investigation is not going to happen in Afghanistan and that the request the Afghan government made to the office of the prosecutor is no longer valid,” Qaane said.

“I don’t think this is a matter of complementarity,” he said, adding that whoever the UN names as a legitimate representative cannot be expected to have the capacity to conduct a credible investigation.

Parts of the country are now more accessible than they had been in years and Taliban members have abandoned their hiding places and can be reached for questioning, he said, adding that some of the victims may also have fled Afghanistan for Europe, making them available to investigators.

Justice, but for who?

When requesting authorisation from the Pre-Trial Chamber II to resume the inquiry in September, Khan also said he was “cognisant of the limited resources available to my office relative to the scale and nature of crimes within the jurisdiction of the court”.

The British legal campaign group Reprieve is among those who submitted representations on behalf of clients claiming to have been tortured by the CIA in the infamous Bagram prison or of relatives of civilians allegedly killed in US drone attacks. Their claims risk being left out of the investigation.

“This was clearly a political decision – there’s really no other way it can be interpreted,” Jennifer Gibson, a US lawyer who leads Reprieve’s work on drones, told Al Jazeera. “It gave the US and their allies a get out of jail free card.”

According to Gibson, the ICC prosecutor is placing high up on the agenda attacks such as that on Kabul airport in the waning days of the US withdrawal, but ignoring instances like the US drone attack that killed a family of 10, including seven children, soon afterwards. Reprieve claims this was one of many drone attacks taken on faulty intelligence.

“The damage his decision has caused is immense,” Gibson said. “It is devastating for the thousands of victims who have essentially been told you don’t count because the crimes against you were committed by the West and its allies. In delivering the message, [the prosecutor] has effectively slammed the door on the last hope many of these individuals had for some form of accountability.”

The US troops and its intelligence operatives have been accused of war crimes dating back to 2002, but no meaningful actions have been taken by US courts. The US withdrew its troops from Afghanistan in August after 20 years – ending its longest war.

According to the legal perspective, the office of the prosecutor has discretion over how to proceed in the interest of justice, including narrowing down the focus to the most heinous crimes.

Focusing the investigation on the Taliban and the ISIS-K could yield a stronger case, but the decision has been seen by some as a confirmation that the court could not investigate the world’s superpowers.

“All together, I think this is very bad for the reputation of the court,” Qaane said. Accusations of bias and pro-West sentiment had already been circulating and the prosecutor’s decision is likely to reinforce this view, according to the AAN analyst.

The United States is not a party to the ICC and has argued vehemently that its nationals are not bound by its jurisdiction. Under the administration of former President Donald Trump, Washington had exerted pressure on the ICC to drop the inquiry against its military by imposing sanctions against Bensouda.

US Secretary of State Antony Blinken lifted the sanctions earlier this year, but said he continued to “disagree strongly” with the ICC’s “efforts to assert jurisdiction over personnel of non-States Parties such as the United States and Israel”.

Stanford’s Hakimi said the court “must deal with some level of politics and is reliant on support of the international community”. However, expenditure limits and other legal considerations have played a role in the decision.

“It seems that the prosecutor has decided to focus on the actors who are responsible for the most crimes and for the most brutal violations in this matter,” Hakimi said.

The investigation will take years and some perpetrators are likely to try to flout an ICC indictment if or when it comes. Given these hurdles, analysts say the perceived success of the inquiry will depend significantly on the ICC’s ability to spend time in Afghanistan – provided the Taliban’s assent – and communicate its unfamiliar process to a disillusioned local population. 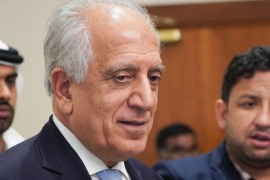 Zalmay Khalilzad had been under pressure since the collapse of the Afghan government and the Taliban’s takeover. 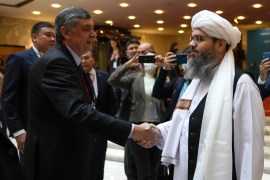 Ten regional powers join Taliban in calling for a UN donor conference for Afghanistan after meeting in Russia. 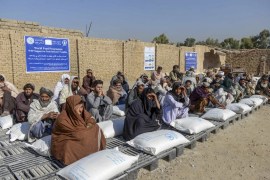