The supreme leader of the Taliban, Haibatullah Akhunzada, has warned the group that there may be “unknown” entities among their ranks who are “working against the will of the government”.

The warning came in a statement attributed to Akhunzada that was circulated widely on Taliban social media accounts on Thursday.

The Taliban’s supreme leader has not been seen in public since the group seized power nearly three months ago, capturing the Afghan capital of Kabul on August 15 and declaring an Islamic emirate as US forces withdrew following a decades-long occupation.

Since the Taliban took control of the country, its leadership has repeatedly warned of impostors and criminals joining the group in an effort to harm its image.

“There are some bad and corrupt people who want to join us … To fulfil their own interest or to defame us and make us look bad,” he said.

Yaqoob, the son of Taliban founder Mullah Mohammad Omar, added that any rogue elements among the ranks would be dealt with.

In recent months, the Taliban has expanded its recruitment as it seeks to fulfil a pledge to maintain security in the country. But the group has faced a series of deadly attacks from rivals, including the Islamic State in Khorasan Province, ISKP (ISIS-K) armed group, an ISIL-affiliate.

On Tuesday, at least 19 people were killed in an attack on a military hospital in Kabul claimed by ISKP.

The Taliban also declared a nationwide amnesty and promised to allow private media companies to continue to operate freely and independently. However, there have been reports of some Taliban fighters allegedly abusing journalists, and others have been accused of forcibly seizing property in several provinces.

Following the reports, Akhunzada’s office issued a decree in late September banning the group’s members from entering homes and offices “in Kabul or its surroundings under the pretext of checking vehicles or equipment. No one is allowed to take vehicles or equipment” in the name of the Afghan government, it said.

However, there have been continued reports of Taliban fighters forcing hundreds of families out of their homes in the central province of Daikondi. 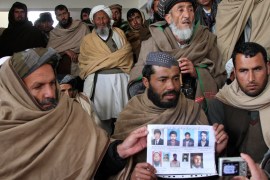 Analysis: Can the ICC deliver justice in Afghanistan?

Campaigners raise concerns against The Hague-based court’s plan to exclude US forces from war crimes investigation. 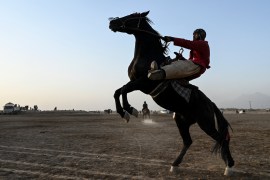 Afghanistan’s buzkashi season begins, with Taliban at the reins

Not only do Taliban fighters gather in crowd to watch the tournament, a local commander even takes part in the game. 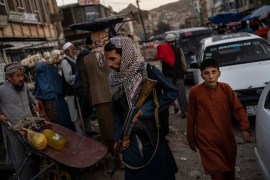 Taliban bans the use of foreign currency across Afghanistan

The Taliban says those who continue to trade using foreign currency will face legal action.