A senior British legislator has called for the board of Yorkshire Cricket Club to resign over its handling of racism towards former player Azeem Rafiq, as other politicians also demanded action amid a growing furore.

Rafiq, 30, says he was racially abused while playing for the club to an extent that he felt like an outsider and contemplated taking his own life. He left Yorkshire in 2018 at the end of a second spell.

Yorkshire has decided against taking action over the findings from investigations into the case, which Julian Knight, who is chair of the United Kingdom Parliament’s Digital, Culture, Media and Sport (DCMS) Select Committee, described on Tuesday as “one of the most repellent and disturbing episodes in modern cricket history”.

“Given the endemic racism at Yorkshire County Cricket Club, I struggle to think of any reason why that the board should remain in post,” the Conservative MP for Solihull tweeted.

Yorkshire has apologised to Rafiq over the findings of an independent panel it commissioned to study the allegations.

But last week, the club concluded that after its own internal investigation, there was no conduct towards Rafiq that warranted disciplinary action against any player, employee or executive.

Given the endemic racism at Yorkshire County Cricket Club, I struggle to think of any reason why that the board should remain in post. This is one of the most repellent and disturbing episodes in modern cricket history.

“Azeem Rafiq’s treatment after the racism he faced was disgusting, and the investigation that followed only makes it even worse,” she tweeted on Tuesday.

“The @ECB_cricket investigation must be swift and fully transparent. Racism must be confronted, and NEVER written off as just ‘banter’.”

Racial remarks made in spirit of ‘banter’: Report

Yorkshire had commissioned the formal independent investigation following claims made by Rafiq last year that the club was blighted by “institutional racism”.

The condemnation this week followed an ESPNcricinfo article published on Monday including redacted details of the independent report, which upheld seven of more than 40 allegations levelled by Rafiq and acknowledged he had been the “victim of racial harassment and bullying”.

According to ESPNcricinfo, an unnamed current senior player admitted to regularly using a racially abusive slur – “P*ki” – in reference to Rafiq.

However, the panel conducting the inquiry concluded it was unreasonable for Rafiq, of Pakistani descent and a former captain of the England Under-19, to have been offended by the comments as they were made “in the spirit of friendly banter”.

P*ki “is not banter,” he tweeted on Tuesday. “Heads should roll at Yorkshire CCC. If @ECB_cricket doesn’t take action it’s not fit for purpose.”

Rafiq also urged the ECB and Professional Cricketers’ Association, the representative body for professional players in England and Wales, to “show leadership” over his case and take it “out of Yorkshire’s hands”.

“Time for the full truth,” he tweeted on Tuesday.

No one believed me, no one listened everyone tried to protect themselves and left me all alone to fight

TIME FOR THE FULL TRUTH

The ECB, which last week received a full copy of the report into Rafiq’s treatment at Yorkshire, said in a statement that it would conduct a full investigation.

“We are conscious about the length of time that Azeem has waited for resolution and the toll that must be taking on his wellbeing and that of his family,” the governing body said on Tuesday. “We are sorry that, as a sport, this has not yet been resolved.”

Yorkshire Chair Roger Hutton, Mark Arthur, the club’s chief executive, and Martyn Moxon, its director of cricket, have been summoned to give evidence to the DCMS Select Committee over Rafiq’s case at a hearing scheduled for November 16. Rafiq has also been called to speak at the hearing.

“It’s clear that Yorkshire County Cricket Club has questions to answer,” Knight said in a statement published on the committee’s website on Tuesday. “It is time for them to answer their critics.”

Also, in the UK and the Irish Republic, contact Samaritans on 116-123 or email jo@samaritans.org.

For those bereaved by suicide in the UK, contact Survivors of Bereavement by Suicide.

In Australia, the crisis support service Lifeline is 131-114.

Other international suicide helplines can be found at www.befrienders.org 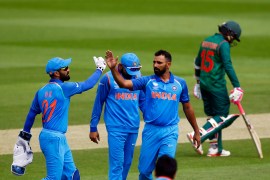 India’s cricket captain spoke out in defence of the only Muslim player in the squad after abuse following Pakistan loss. 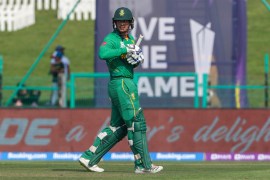 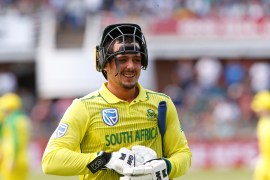 The decision raised eyebrows as the former captain previously refused to take part in the anti-racism gesture.