Phnom Penh, Cambodia – Vorn Pao was distraught when one of his association’s workers was detained in May this year while collecting the names of families living along the Thai-Cambodia border who were facing food shortages due to the COVID-19 pandemic.

The association wanted to ensure hungry families got the support they needed, but the authorities saw the situation differently.

“He was accused of violating the [COVID-19] law as he went to some areas that are banned,” said Pao, 46 the head of Independent Democracy of Informal Economy Association, IDEA, an association set up to help people who work in the informal economy.

Kang Nakorn was detained for five hours and was only allowed to leave after he signed a document promising not to collect names again and inform officials if the communities were having problems. He was then sent to complete a 14-day quarantine for the coronavirus.

“He’s still monitored by the authorities every second,” Pao said.

In recent years, non-government workers and community workers have been facing similar restrictions from the government.

While Cambodia has more than 5,000 non-governmental organisations (NGOs) and associations, their ability to carry out their work has been increasingly hampered as the government has cracked down on critics and sought to control the country’s political and civic space ever more closely.

“NGOs working on human rights advocacy and environmental issues tend to be in a difficult position vis-à-vis the authorities, owing to extensive supervision and pressures from the latter, as well as the shrinking political space,” Vitit Muntarbhorn, the UN special rapporteur on human rights in Cambodia, told the United Nations Human Rights Council in his first report on the human rights situation in the country.

On October 26, for example, a court in Phnom Penh imposed fines on 14 people, while also slapping them with prison terms of as long as two years, after some of them held peaceful rallies in support of jailed human rights advocate Rong Chhun.

Some were charged with “incitement” – the same allegation levelled at Chhun and which saw him jailed for two years.

“The trial mostly consisted of the activists being asked if they had obtained prior permission to gather, and if they had someone from outside the country encouraging or paying them to engage in the peaceful calls for Rong Chhun’s release,” Cambodian League for the Promotion and Defense of Human Rights (LICADHO), a prominent human rights group that followed the trial, said in a statement following the ruling.

The situation of human rights in Cambodia has regressed sharply since the 2017 election.

Soon after the 2017 ballot, the party was forcibly dissolved. Since then more than 100 of its supporters have been prosecuted.

The government has also been accused of using the pandemic as a pretext to further crack down on dissent.

The COVID-19 law, introduced in March this year to curb the spread of COVID-19, carries punishments of up to 20 years in prison and a fine of as much as $5,000 for those who breach health protocols such as restrictions on the size of gatherings and mask-wearing.

It has effectively outlawed street protests.

“The space for fundamental freedom is getting narrower and narrower, especially the rights to freedom of expression during COVID-19 crisis; the government has used [the COVID-19 law] as a tool to shut down the rights of civil society organisations working to promote human rights in Cambodia,” Muntarbhorn said.

Often officials use the law as a tool “to threaten their legitimate activities,” he added.

The special rapporteur said the COVID-19 law led to the arbitrary arrest of more than 700 people between March and October this year, sometimes for posting a comment about the coronavirus on social media.

Muntarbhorn said the law is “troubling for Cambodia” because it has “concentrated power and curbed democratic freedoms, including in relation to freedom of expression and peaceful assembly.

“I have described the pandemic in Cambodia as both a calamity and an opportunity, denting economic growth but also offering a chance at a ‘reset’ that would allow Cambodia’s sizeable youth population to have more say in the direction of the country and greater power-sharing amongst a diversity of stakeholders.”

Phay Siphan, the government spokesman, has little time for criticism.

“First, he only flew into Cambodia for a day or two. Second, he does not carry the task properly. It’s his part-time job, so he reads the reports prepared by NGOs to produce a fake report that doesn’t tell the truth but rather goes against the government.”

Activists in Cambodia are at greater risk of coming under attack now more than ever before.

People have been arrested while planning to carry out solo protests, others while filming sewage that was being released into the river raising concerns about pollution.

“The country’s political space is entirely closed. Even the most basic forms of civic participation – collecting sewage from a river, or holding a sign in front of a courthouse, or living on your own land – are now met with arbitrary arrests, imprisonment, and outrageous multi-year charges,” said LICADHO director Naly Pilorge.

“Cambodia is bleeding our best and brightest to an unending and escalating onslaught of oppression. When our space ‘shrinks’, those on the frontline are squeezed out and sent off to one of the country’s overcrowded prisons.”

Chin Malin, a spokesperson for the Ministry of Justice and the government’s Cambodian Human Rights Commission (CHRC), however, said that there is room for criticism and advocacy in the country, provided that the work is done in line with the law.

“Our civil space hasn’t shrunk,” he said. “But those who exercise their rights in breach of the law and violate other people’s rights, or carry out an offence, have to face the law. This type of legal procedure is not a restriction on freedom as the [critics] accused.”

Last year a number of NGOs and associations received letters from local authorities informing them that they were to be inspected over the number of people working in their office. The plan raised concern the authorities planned to use the visits to pry into their affairs, and it was stopped after the local media were tipped off.

Pao says his association received the letter, but he is more worried about the government’s use of the “incitement law”, which was used to charge Chhun after he wrote a comment about the Cambodia-Vietnam border on social media, and has also ensnared dozens of others in civil society.

Pao, who was himself arrested and jailed in January 2014 after he joined a mass protest to ask for higher wages, said his NGO has to inform the authorities even when they book a hotel, arrange a conference or organise a meeting.

He fears the increasing scrutiny could make it all but impossible for them to do their work, and that those most in need of help will suffer.

“If the space is still this tight, it is hard for us to help [our members] who are in need of help,” he said. “And these people will be hesitant to tell us the difficulties that they are facing.” 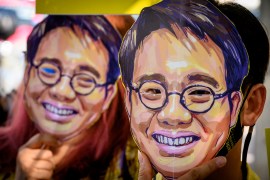 No justice: A year on, Thai dissident still missing in Cambodia

Wanchalearm Satsaksit, a critic of the Thai prime minister, was abducted in Phnom Pehn in June 2020. 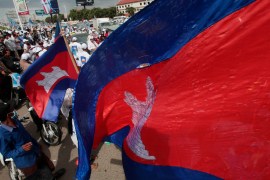 Historic agreement was forged in spirit of post-Cold War optimism, but was tested almost immediately. 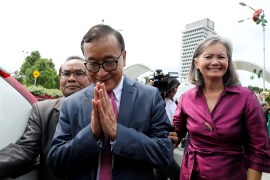 The country’s top opposition party was banned in 2018 and many of its leaders and supporters put on trial. 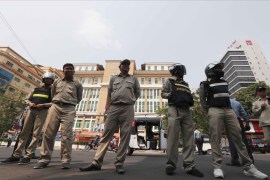 The Cambodian government continues to persecute members of the opposition who criticise its corrupt policies.