New Delhi, India – Tens of thousands of farmers are holding demonstrations across India to mark a year of their protest against three controversial farm laws, despite Prime Minister Narendra Modi’s announcement that they will be repealed.

In a stunning U-turn ahead of crucial elections in key states, Modi last Friday said the laws would be rolled back when the Indian parliament meets later this month. Though the farmers’ unions welcomed the move, they decided not to end their protest until the laws are formally withdrawn.

Modi’s government had passed the three contentious laws in September 2020, saying they were aimed at “modernising” agriculture. The government claimed the legislation would benefit the farmers by increasing their income and giving them more choices when selling their produce.

But farmers’ unions said the laws would enable a few private corporations to control India’s vast agriculture sector and deny the growers a minimum support price (MSP) assured by the government for their produce.

On this day in November last year, hundreds of thousands of farmers – mostly from the grain belt states of Punjab, Haryana and Uttar Pradesh – marched towards New Delhi to demand the repeal of the farm laws. When stopped from entering the national capital, they camped at three key highways leading to the city. Since then, they have not vacated the sites.

The farmers will demonstrate and hold tractor rallies and other events across the vast country on Friday, ignoring Modi’s appeal to them to return to their homes.

“The day this government comes to the table with a clean heart, that day we will find a solution.”

Photos from Singhu border stage.@PSainath_org and many other prominent personalities are there at Kisan Morcha today.#1YearOfFarmersProtest#ConstitutionDay2021 pic.twitter.com/xo2RSfa3Pb

‘We don’t trust this man’

Earlier this week, Al Jazeera visited a small group of farmers at one of the main protest sites at Ghazipur on the outskirts of capital New Delhi, reading and discussing news stories from Hindi language newspapers.

Declining Modi’s appeal to return to their homes, the agitating farmers have decided to stay put until the laws are formally scrapped in Parliament.

“We don’t trust this man,” said Abdesh Kumar Jha, 87, a farmer from Bihar’s Madhubani district who travelled to Ghazipur in February to join the protest.

“Modi is not a king and his words can’t automatically turn into a law. We are a democracy and not a monarchy. The way these laws were passed in the parliament, we want them to be scrapped in the same way in the parliament,” Jha said as others nodded in agreement.

On Monday, thousands of farmers held a mass rally in Lucknow, the capital of India’s most populous state Uttar Pradesh, where elections are due early next year. In the polls, Modi’s Bharatiya Janata Party (BJP) is hoping to retain power.

Tikait, an influential farmer leader from western Uttar Pradesh, said if Modi’s government does not agree to their demands, they will campaign against the party in the upcoming elections.

“If this government does not listen to us, we will work against it in those areas from where it has got the political strength. Why shouldn’t we campaign against this government if it doesn’t accept our demands?”

Apart from a law on MSP, the farmers also want the government to withdraw a draft electricity bill they fear would lead to state governments withdrawing their right to free or subsidised power, used mainly for irrigation.

They are also demanding compensation for the families of nearly 700 farmers who lost their lives during the yearlong protest, according to several farmers’ unions.

They also want the government to drop fines and other penalties for stubble burning after harvesting their crops. The smoke has become a major source of air pollution in New Delhi and satellite towns bordering the crop-growing northern states.

“They have to give us a guaranteed MSP on our crops. Who will compensate the families of over 700 farmers whom we lost during the protest. Who will look after their families? These are the issues which need to be addressed first,” Jha told Al Jazeera.

“We will not go anywhere unless our issues are resolved.”

Kishan Singh, 74, from Mathura in Uttar Pradesh agreed with Jha, saying: “Unless and until this government and Prime Minister do not accept all our demands, we will not return to our homes.”

Singh said Modi decided to repeal the laws because of the upcoming state elections.

“They [BJP] want votes. They don’t love the country’s farmers or its people. They need votes and that’s the reason why they have decided to roll back these laws,” he told Al Jazeera, adding that he voted for the party in the last two elections but regrets his decision now.

“They have betrayed us. Modi had promised that he will double the income of farmers and had talked about increasing the MSP of crops when he was the chief minister of Gujarat. What happened to those promises?” Singh asked.

Al Jazeera reached out to a BJP spokesman, but he refused to comment on the issue.

Gilles Verniers, columnist and political scientist at Ashoka University outside New Delhi, told Al Jazeera that the timing of Modi’s announcement strongly indicated that the decision to repeal the farm laws “was guided by electoral considerations”.

“But the unusual character of this decision suggests that it might have been taken for other reasons. For one, the farmers’ protest became a symbol of India’s democratic decline, and have contributed significantly to the deterioration of the image of the Prime Minister abroad,” he said.

“Second, the Supreme Court’s decision to suspend the laws pending resolution of the dispute with farmers, combined with their determination to oppose these laws, made their implementation very unlikely.”

Verniers said there is a “deep distrust” among the farmers against Modi’s government.

“The repeal of the farm laws was central to the farmers’ demands but not their only aspect. The issues ailing agriculture remain as salient as ever and farmers still expect the state to intervene to support them.” 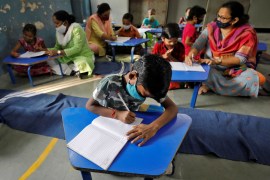 ‘Much safer now’: Is India past the worst of COVID pandemic?

Despite a long festive season and falling temperatures, the country seems to have dodged another deadly wave. Or has it? 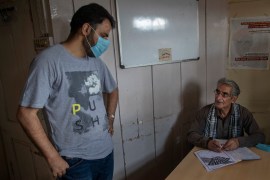 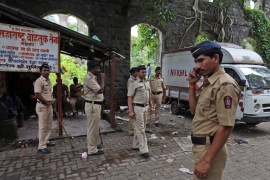 101 East investigates how the COVID-19 pandemic led to a spike in child trafficking across India.