Mourning fans of beloved Indian film star Puneeth Rajkumar are pledging to give up their eyes after the actor’s untimely death brought his post-mortem organ donation into focus.

The “Powerstar” – so named for his boisterous action roles – died of a heart attack in Bangalore last month at 46 years of age, with thousands of grief-stricken admirers thronging the city’s streets to hug, cry and commiserate.

News reports in the days following revealed that Rajkumar had willed the donation of his eyes, with enough ocular tissue salvaged to restore the sight of four people.

The tradition runs in the actor’s family. Both his parents made the same pledge before their deaths and doctors say the example has now been taken up in earnest around Bangalore.

“He sort of reminded people that you should donate eyes … instead of burning or burying them,” said Rekha Gyanchand, the medical director at the Lions International Eye Bank.

“We see a lot of people coming forward to donate,” she added. “The awareness has really increased.”

At the nearby Narayana Nethralaya hospital, vinyl posters and pamphlets showed Rajkumar’s smiling visage, along with a message urging prospective donors to give the gift of sight.

A queue of young men waited in front of a trestle to speak to staff and fill in pledge forms.

More than 7,000 members of the public have committed themselves to post-mortem eye donations since Rajkumar’s death, said the clinic’s managing director K Bhujang Shetty.

“In the days after Puneeth passed away, we have had 112 eyes collected” from the recently deceased after relatives agreed to transplants, he added.

Among those donating was Subramani, a driver who lost work after his vision deteriorated but received a transplant just two weeks ago. He was offering the eyes of his recently deceased brother.

“We didn’t want to waste his eyes, and would like to donate them to someone like the person who donated eyes to me,” he said.

Rajkumar first made a name for himself as a child actor and went on to star in around 30 films, with his debut action-comedy flick Appu being one of the biggest hits.

He had established himself as one of the most recognisable stars of the Kannada-language film industry whose hub was Bangalore, better known to the world as India’s main technology hub.

News of his death sent the city into shock, with a crowd chasing the ambulance carrying his body from the hospital, and Prime Minister Narendra Modi describing the loss as a “cruel twist of fate”.

Rajkumar is survived by his wife Ashwini Revanth and two children.

Among his ardent fans is Bangalore housewife Uma Aravind Kumar, who has resolved to donate her own eyes.

“After the (example) of Puneeth, our son pledged his eyes without our knowledge,” she said. “I liked it and I wanted to donate too. Somebody will benefit from this.” What is behind India’s U-turn on its farming laws? 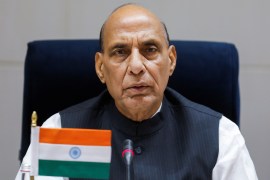 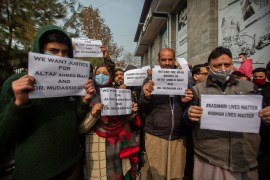 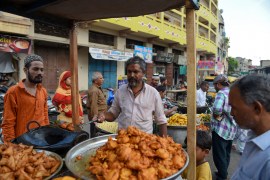 Authorities in Ahmedabad order removal of non-vegetarian food stalls from main roads – fourth city in Gujarat to do so.