US President Joe Biden unveiled a wide-ranging plan to reduce methane emissions in his home country on the second day of the United Nations COP26 climate summit in Glasgow, Scotland, where he has strived to position Washington as the global leader in combating climate change.

At the centre of an array of domestic regulations previewed by the White House on Tuesday is a long-awaited rule by the Environmental Protection Agency (EPA) to tighten methane regulations for the oil and gas sector, which Biden required the agency to create in one of his first executive orders upon taking office.

The proposed rule would for the first time target reductions from existing oil and gas wells nationwide, rather than focusing only on new wells as previous regulations have done. Current rules for methane emissions from US oil and gas wells only apply to sources built or modified after 2015, leaving more than 90 percent of the nation’s nearly 900,000 well sites unregulated.

“As global leaders convene at this pivotal moment in Glasgow for COP26, it is now abundantly clear that America is back and leading by example in confronting the climate crisis with bold ambition,” EPA Administrator Michael Regan told reporters.

Methane emissions account for about one-third of current global warming from human activities and have been particularly targeted by environmental groups that say methane reduction is one of the fastest and most cost-effective actions to slow the rate of global warming.

The new regulations would be stricter than those created under former President Barack Obama in 2016, which were rolled back under then-President Donald Trump and then reinstated by Congress over the summer.

It comes as part of a larger pledge made by Biden to slash US greenhouse gas emissions by 50 percent by 2030. The US is the second-largest emitter of greenhouse gases in the world.

The Biden administration, which rejoined the Paris Climate Agreement upon taking office, has also joined the European Union in calling on countries to pledge a 30 percent reduction in methane emissions from 2020 levels by 2030.

Ninety countries will announce they have signed on to the commitment at a launch event at COP26 on Tuesday, the White House said.

The administration’s plans announced on Tuesday also include new safety regulations by the US Transportation Department to tighten requirements over methane leaks from the nation’s 4.8 million kilometres (3 million miles) of pipelines.

The Interior Department, meanwhile, is preparing to crack down on methane waste burned at drilling sites on public lands. And the Agriculture Department is working with farmers to establish so-called climate-smart standards to monitor and reduce greenhouse gas emissions and increase carbon storage, according to the White House.

Biden has pledged to be a leader in a global call to arms to combat climate change, with hopes of bringing his domestic “Build Back Better” infrastructure initiative to the world stage.

On Tuesday, Biden and European Commission President Ursula von der Leyen will host a meeting with several G7 leaders on a “Build Back Better World” initiative.

Best efforts at home to pass the ambitious plans, which include a massive overhaul on how the country approaches clean energy, have faltered amid infighting from his own party.

Before leaving for Scotland, the Democratic president sought to pass a sweeping $1 trillion physical infrastructure bill, which included provisions to cap leaks at old gas wells and clean up abandoned coal mines, as well as a $3.5 trillion social services bill that would allocate massive funding to address climate change.

Unable to gain essential backing from two Democratic senators, Biden last week announced the plan was whittled down to a $1.75 trillion social services package, which nonetheless included $555m for climate. The White House hailed the funds as the “largest effort to combat climate change in American history”.

But on Monday, influential Democratic Senator Joe Manchin, whose support for the bill is all but essential, appeared to waiver, saying the legislation is rife with “shell games” and “budget gimmicks”.

Manchin, who has close ties to the oil and gas industry in his home state of West Virginia, said he will “not support a bill that is this consequential without thoroughly understanding the impact” it has on the economy and federal debt.

In response, the White House said it was “confident” Manchin would support the final version of the bill. 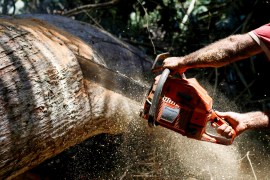 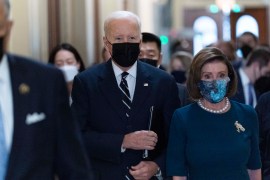 Biden unveiled a pared down social services package he says will unite the party, just before departing for G20, COP26. 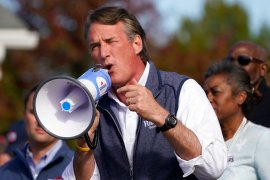