Rescuers in Lagos have dug through rubble searching for survivors a day after a luxurious high-rise building collapsed in Nigeria’s commercial capital.

The 21-storey building was still under construction when it fell abruptly into a pile of concrete slabs on Monday.

Officials on Tuesday put the death toll to at least 15, with scores still reported missing or trapped under the rubble.

Emergency services used earthmoving equipment to lift chunks of masonry at the site in the affluent neighbourhood of Ikoyi after torrential rains pounded Lagos overnight and briefly stopped the search.

“We have recovered more bodies. The death toll now stands at 15, while nine were pulled out alive,” Ibrahim Farinloye of the National Emergency Management Agency told AFP news agency.

Farinloye earlier said rescue workers had been communicating with other survivors still trapped under the rubble.

Sitting on the pavement near the crushed remains of the building, brothers Fawas Sanni, 21, and Afolabi Sanni, 17, were shell-shocked as they waited for news of their sibling.

“Our sister is inside,” said Fawas, a tear rolling down his cheek.

Their 25-year-old-sister Zainab was posted on September 6 to the construction site by the National Youth Service Corps, they said.

Enahoro Tony, a volunteer rescuer, was angry with the rescue operation. “I retrieved three bodies, then we were chased away by the army,” he said.

Officials said the property’s developers had added six more floors than what was originally approved under their building permit, fuelling speculation that the additional weight could have contributed to the collapse.

“I am on the ground here and the materials he used are so inferior and terrible,” Gbolahan Oki, general manager of the Lagos State Building Control Agency, told the News Agency of Nigeria. “He got approval for 15 floors but built 21.”

Nigerian President Muhammadu Buhari in a statement late Monday urged “the authorities to step up efforts in rescue operations” for the victims.

Lagos State Governor Babajide Sanwo-Olu said he had suspended the head of the state building regulatory agency and ordered an independent panel to launch an investigation.

“We wish to state there will be no cover-up in the search for the truth in this incident,” he said in a statement. 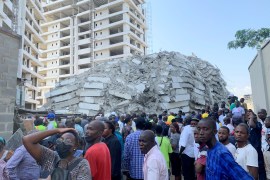 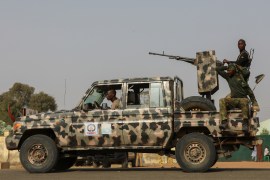 Abductions are common in the northwest of the country but attacks on major institutions in Abuja are rare. 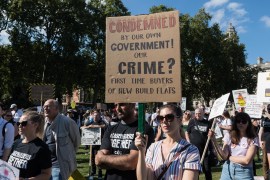 We are not only living in buildings with dangerous cladding but also facing the risk of going bankrupt. 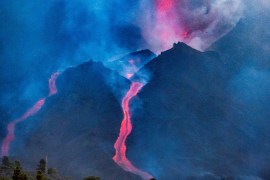 New lava stream follows path down the Cumbre Vieja ridge towards the western shore of the island.