Libya’s former Interior Minister Fathi Bashagha has registered as a presidential candidate for a planned December election that remains in doubt amid disputes over the rules.

Bashagha was the influential interior minister in the internationally recognised Government of National Accord (GNA) that ruled in western areas and was replaced in March by a new unity government.

A UN-backed peace process calls for presidential and parliamentary elections on December 24, but there has been no widespread agreement on the legal basis for the vote.

Disputes between rival factions and political entities have focused on questions over who should be allowed to run, the eventual role of the directly elected president and the voting schedule.

Analysts say the arguments surrounding the elections threaten to derail the peace process, whether the vote goes ahead or not. 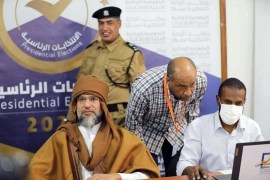 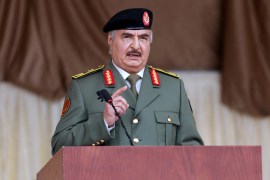 Libya’s Haftar announces he will run for presidential elections

The eastern commander, backed by Russia, Egypt and the UAE, is a divisive figure, despised by many in western Libya. 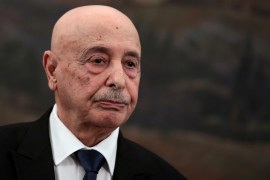 Speaker of Libya’s parliament says he will run for president