Authorities in the Democratic Republic of the Congo’s (DRC) Virunga National Park have announced the birth of two mountain gorillas, a development further boosting the endangered species’ baby boom under way in the country.

Conservationists have long sought to protect the world heritage site’s mountain gorilla population, even as violence and instability plagued the DRC’s eastern provinces in recent decades.

A male in the “Wilungula family” and a female from the “Humba family” were born on November 15, the park announced on Twitter on Wednesday, bringing the number of gorilla births since January to 16.

The mountain gorilla population has increased fivefold in 40 years in the three countries where they live – the DRC, Uganda and Rwanda.

The International Union for the Conservation of Nature (IUCN) revised mountain gorillas’ status from “critically endangered” to “endangered” in November 2018.

The nature reserve estimated its mountain gorilla population at 350 in mid-2021.

The conservation achievements came despite several armed groups operating in the area and targeting local populations.

The park said conservation efforts had “a significant financial cost” and the ecological challenges facing mountain gorillas “remain large” in an area with a high population density, poverty and chronic political instability.

The next comprehensive, cross-border mountain gorilla census is due in 2022. 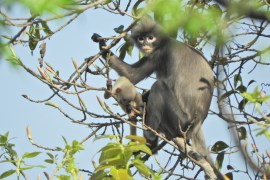 Scientists say only 200 to 250 individuals of the newly discovered Popa langur exist in the wild today. 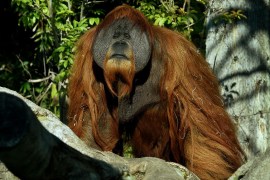 Four orangutans and five bonobos in US got two doses of an experimental vaccine originally designed for dogs and cats. Ugandan campaigners vow to keep on fighting for Bugoma Forest

Residents and civil society groups have been waging a legal battle against a sugarcane development project.