More than 100,000 people have died from drug overdoses in the United States during the 12-month period ending April 2021, data from the US Centers for Disease Control and Prevention (CDC) has shown – an almost 30 percent uptick in fatalities from the previous year.

The figures, released on Wednesday by the CDC’s National Center for Health Statistics, showed that deaths from synthetic opioids, such as fentanyl – which can be 100 times more powerful than morphine – helped drive the increase. Synthetic opioids accounted for 64,000 fatal overdoses over the year.

Fentanyl was developed to treat intense pain from ailments like cancer but has increasingly been sold illicitly and mixed with other drugs.

The unprecedented number of fatalities comes as the US death toll from the coronavirus pandemic, which stands at more than 766,000 according to Johns Hopkins University, continues to grow.

President Joe Biden called the overdose tally a “tragic milestone”, highlighting steps that he said his administration is taking to combat the drug epidemic, including efforts to expand access to healthcare.

“As we continue to make strides to defeat the COVID-19 pandemic, we cannot overlook this epidemic of loss, which has touched families and communities across the country,” Biden said in a statement.

“As we grieve those we’ve lost and honor their memories, my Administration is committed to doing everything in our power to address addiction and end the overdose epidemic.”

Experts have linked the increase in deadly overdoses to the availability of more dangerous drugs and the COVID-19 pandemic, which left many drug users socially isolated and made it more difficult to receive treatment.

“This is unacceptable and it requires an unprecedented response,” Rahul Gupta, director of National Drug Control Policy, was quoted as saying by the Associated Press news agency.

The increasing death toll makes overdoses one of the leading causes of death in the United States, surpassing the number of fatalities from car crashes and guns.

“The overdose epidemic has developed over the past decades, from increases in the prescribing of opioids in the 1990s, to rapid increases in heroin overdoses starting around 2010, to growth in overdoses from illicitly-manufactured synthetic opioids like fentanyl beginning in 2013,” HHS said in a statement announcing the initiative. 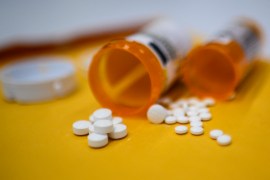 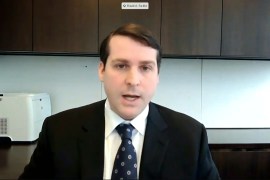 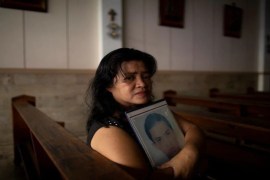