Seven Australia-based women are planning to sue the government of Qatar for being forced into invasive gynaecological examinations at Doha’s international airport last year, their lawyer has said.

Damian Sturzaker, from Sydney-based Marque Lawyers, said on Monday that his clients were seeking compensation “for the fact that they were effected at the time and continue to suffer”.

The women, who were among a group of 13 Australians, were ordered to disembark a Qatar Airways flight to Sydney and to be checked after a newborn baby was found in a plastic bag in a bin at a toilet in one of the airport’s terminals in early October 2020.

“They have problems dealing with what was a very traumatic episode,” he added.

Nine or 10 other flights out of Doha were similarly delayed while women passengers were searched, he added. The women said they were subjected to strip searches in an ambulance parked on the tarmac.

Sturzaker said he was not aware of passengers on other flights taking legal action against Qatar over the episode.

“They want an apology from the Qatar government for their treatment and what they want and have been asking for quite a long time is that procedures are put in place so that this won’t happen again,” Sturzaker added.

One of the lawyer’s clients, who declined to be named, told the BBC that she was “subjected to the most horrifically invasive physical exam”.

A Qatar government spokesman declined to comment, but referred to previous statements. At the time of the incident, the Gulf country’s Deputy Prime Minister and Minister of Foreign Affairs Sheikh Mohammed bin Abdulrahman Al Thani expressed his “deepest sympathies with the women impacted by the search at the airport” and renewed Qatar’s apology to them.

“The incident is considered a violation of Qatar’s laws and values,” he said, adding that the officials involved had been referred to the public prosecutor.

The women, aged from their early 30s to late 50s, would probably initiate legal action in the New South Wales state Supreme Court within a few weeks, Sturzaker said. They have not specified the amount of compensation that they are seeking.

The Qatar government, the Qatar Civil Aviation Authority, as well as the state-owned airline and airport, have been forwarded legal advice that Australian courts had jurisdiction to hear the case and that the claimants were likely to win, Sturzaker said.

Australian Federal Police informed the complainants last week that a single airport police officer had been fined and given a six-month suspended prison sentence for enforcing the examinations, according to the lawyer.

The airline has denied liability while the Qatar government said it was considering the women’s claim, Sturzaker said.

“We don’t hold out much hope in relation to anything other than a rejection of the claim,” Sturzaker said, meaning the claim would go to trial. 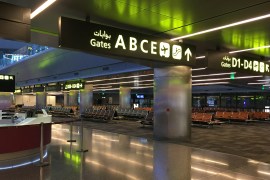 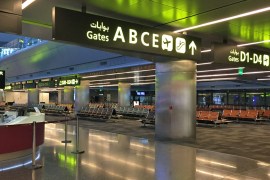 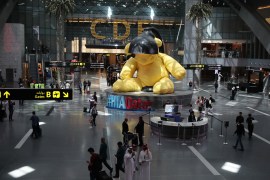 Foreign ministers of Qatar and Australia speak for the first time after October 2 incident at Doha airport.