Heavy rain and flooding in Aswan, Egypt, have driven drifts of scorpions to seek shelter in people’s homes.

Three people died and more than 400 were hospitalised across the governorate to receive anti-venom treatment after being stung by the panicking arachnids, according to state-run media.

However, acting Health Minister Khalid Abdel-Ghafar said in a statement that no deaths were reported from the stings.

The Ministry of Health has reassured the public that it holds a large enough stock of anti-venom, noting that 3,350 doses were available in Aswan.

The Aswan mountains are home to the Arabian fat-tailed scorpion, or Androctonus crassicauda, which translates from Greek to “man-killer”. They are considered among the most dangerous scorpions in the world, with a highly toxic venom that could kill an adult within an hour of being stung. Their sting is known to cause several human deaths a year.

The scorpion is 8-10cm (3-4 inches) long and relies on vibrations and sound to locate its prey as it has poor vision, hearing and smell.

The Al-Ahram daily reported the deaths, citing Ehab Hanafy, the Health Ministry’s under-secretary in Aswan. It did not elaborate on the cause. 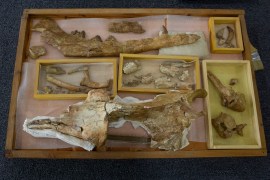 Prehistoric whale, known as semi-aquatic because it lived on land and sea, showed signs of an accomplished hunter. 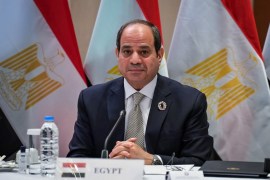