Mirosław Miniszewski, 48, first stumbled upon a group of foreigners wandering about a nearby forest in August, a rare picture in the desolated area next to the Belarusian border where he lives.

They were hungry, thirsty and, even though it was at the end of Polish summer, cold.

In the following days and weeks, the number of people entering Poland through the porous border with Belarus grew to thousands.

Miniszewski has dedicated much of his free time to saving the lives of refugees stranded between the borders.

At the beginning of September, Poland introduced a state of emergency in the zone bordering Belarus. Three kilometres from Belarus, the area covers 115 towns and villages in the Podlachia region and 68 in Lubelskie.

Journalists and NGOs cannot enter that area under the rule, which has essentially banned reporting and providing aid there.

Thousands of police and border guards were sent to the border to ensure that undocumented migrants and refugees cannot enter Poland.

People like Miniszewski and other locals have been doing what they can to try and prevent a humanitarian disaster.

“We are on the front line here and took upon ourselves the burden of providing humanitarian help. We replace NGOs and medical staff because no one can enter the zone,” Miniszewski said.

The brewing, months-long migrant crisis at the border escalated this week after hundreds more people flocked to the frontier, trying to enter Poland from Belarus.

Poland and its allies say Belarus is attempting to seek revenge for Western sanctions slapped on the administration of President Alexander Lukashenko by encouraging people to approach and breach the border.

Earlier in the year, Belarus eased visa procedures for citizens of a number of countries, including Iraq and Lebanon. Belavia, the state-owned airline, opened connections with a number of new destinations.

Tour agencies offering trips to Belarus mushroomed across the Middle East and Africa, promising cheap and fast ways to get to Europe. Facebook adverts lured people looking for a better life into spending their life savings on the trip, which promised to get them to the EU within three days.

“We’re facing an organised action by Belarusian authorities, there is no doubt about that. Belarus doesn’t border Syria, Iraq, or African countries, it is also not a tourist destination. We know from various videos available that migrants are being directed to the border by armed security services of Belarus,” Witold Jurasz, a security analyst and former chargé d’affaires of Poland in Belarus told Al Jazeera.

The expert noted that the end goal of the strategy depends on whether it was prepared in Belarus or Russia, Minsk’s main ally.

If in Minsk, the purpose might be to bring the West into the negotiating table with Lukashenko without any preconditions, which so far have included the release of political prisoners after last year’s brutal crackdown on peaceful demonstrations in the country.

Secondly, according to Jurasz, by bringing Russia into the conflict, Lukashenko wants to prolong his political life. Without any support from the West, he relies on Russia.

“If Russia is behind it, it is either to test the unity and organisational capacity of NATO or to lead to such an escalation at the border to have a pretext to place Russian army in Belarus. It has always been Russia’s goal but Lukashenko has long resisted it. Now he is devoid of any political independence,” Jurasz said.

Regardless of the geopolitical circumstances, the Polish government has been reluctant to provide humanitarian support to the people arriving from Belarus.

“In 97 percent of cases in the last three months when people wanted asylum, we called the border guard. They would fill in the paperwork and then push people back to the Belarusian side,” said Anna Alboth from the Minority Rights group.

“If such a person or a family was driven away five or eight times already, they know that it doesn’t matter what they say to the guards. Whether they have kids or kids with disabilities, they will be pushed back anyway.”

According to activists, it is unclear how many people are currently stranded between the borders, where on the one hand Polish guards send them back to Belarus, and on the other, Belarusian guards make sure they do not re-enter the country.

Only last week, Grupa Granica, a coalition of 14 NGOs formed to address the humanitarian crisis at the border, was in contact with 1,500 people.

They provide them with hot food, water, thermal clothing and sleeping bags, but can only work outside of the emergency zone.

“It’s getting cold and some people stay in the forests for many weeks because of the pushbacks. Hypothermia, lack of access to clean water, food poisonings are a huge problem. People can die because they drink dirty water, they are dehydrated and have nothing to eat,” says Małgorzata Lojkowska, a lawyer and human rights activist.

“There are many pregnant women, many children. Some people are wounded because they crossed through a barbwire. At the same time, I feel that we manage to reach only a small fraction of people who need help.”

So far at least 10 people have reportedly died, mostly on the Polish side, but activists and locals believe that the forests between Belarus and Poland will soon reveal dozens of bodies.

The Polish government does not plan to organise a humanitarian corridor believing that force is the only way to fight against the Belarusian strategy.

In the emergency zone, the humanitarian catastrophe is addressed only by locals, like Miniszewski.

“I don’t want to judge the border guard, they have their work to do, and I have my moral imperatives,” he said.

“People became hostages of the situation, they were tricked into this trap. I don’t care if they knew where they were going. Do you imagine how it feels to spend several days in a forest without food, water and a place to sleep?” 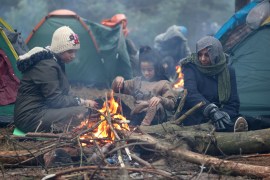 At least one child has died as others among the thousands of people at the border suffer from hunger and hypothermia. 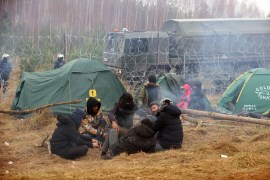 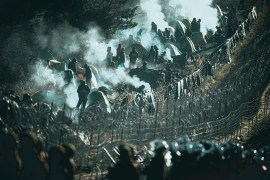