Pakistan has hosted senior diplomats from the United States, China and Russia in Islamabad to discuss the situation in neighbouring Afghanistan, where a deepening humanitarian crisis has forced many Afghans to migrate to neighbouring countries since the Taliban takeover in August.

Afghan Foreign Minister Amir Khan Muttaqi did not attend the meeting on Thursday, dubbed the “troika plus”, but later met with the special envoys in Islamabad. He also met separately with Pakistan’s Foreign Minister Shah Mahmood Qureshi and other officials.

Qureshi warned at the opening of the meeting that Afghanistan is “at the brink of economic collapse” and the international community must urgently resume funding frozen by Western donors since the Taliban took power and provide humanitarian assistance.

He said any further economic deterioration would “severely limit” the new Taliban government’s ability to run the country.

“It is, therefore, imperative for the international community to buttress provision of humanitarian assistance on an urgent basis,” he said.

Resuming the flow of international funding “will dovetail into our efforts to regenerate economic activities and move the Afghan economy towards stability and sustainability”, Qureshi said.

Doing so would benefit Western countries also, he said in later comments to state media.

“If you think that you are far, Europe is safe and those areas you imagine will not be affected by terrorism, don’t forget the history,” he said. “We have learned from the history and we don’t want to repeat those mistakes made in the past.”

A joint statement released after the meeting appealed the international community to urgently provide humanitarian aid to the Afghan people. It also urged the Taliban to form an inclusive and representative government that respects the rights of all Afghans and provides for the equal rights of women.

The statement “welcomed the Taliban’s continued commitment to allow for the safe passage of all who wish to travel to and from Afghanistan and encouraged rapid progress, with the onset of winter, on arrangements to establish airports countrywide that can accept commercial air traffic, which are essential to enable the uninterrupted flow of humanitarian assistance.”

The statement called on “the Taliban to cut ties with all international terrorist groups, dismantle and eliminate them in a decisive manner, and to deny space to any terrorist organisation operating inside the country.”

A Pakistani official told the Dawn newspaper earlier this week, “Troika plus has become an important forum for engagement with Afghan authorities. It will express support for an inclusive government, discuss ways to prevent a humanitarian crisis in Afghanistan as well as the protection of human rights, particularly women’s rights.”

The United Nations has repeatedly warned that Afghanistan is on the brink of the world’s worst humanitarian crisis, with more than half the country facing “acute” food shortages and winter forcing millions to choose between migration and starvation.

The State Department said earlier this week that the new US special envoy for Afghanistan, Thomas West, will attend the meeting and also plans to visit Russia and India.

“Together with our partners, he will continue to make clear the expectations that we have of the Taliban and of any future Afghanistan government,” State Department spokesman Ned Price told a briefing this week.

The meeting will be West’s first trip to the region since taking over from Zalmay Khalilzad, the long-serving diplomat who spearheaded the talks that led to the US withdrawal from Afghanistan.

West, who was in Brussels this week to brief NATO on US engagements with the Taliban, told reporters that the group has “very clearly” voiced their desire to see aid resumed, as well as to normalise international relations and see sanctions relief.

He called for unity from allies on those issues, noting that Washington “can deliver none of these things on our own”.

Meanwhile, the Chinese Foreign Ministry spokesman, Wang Wenbin, said at a routine briefing this week that “China supports all international efforts that are beneficial towards promoting peace and stability in Afghanistan, and firm up consensus on all sides”.

The last troika meeting was held in Doha on August 11, which was attended by Khalilzad. Another meeting was convened by Russia in Moscow on October 19, but the US did not participate.

Reporting from Islamabad, Al Jazeera’s Kamal Hyder said with the third troika meeting taking place to discuss Afghanistan, it was clear that the “world is in engaging with the Taliban”.

“It will be important to see what comes out of the meeting because regional powers are concerned about the inclusivity factors, women rights, and a huge humanitarian crisis that is likely to unfold in Afghanistan,” Hyder said.

India was an enthusiastic supporter of the toppled Western-backed government of Afghanistan.

“I am confident that our deliberations will be productive, useful and will contribute to help the people of Afghanistan and enhance our collective security,” he said.

“We have no worries, the meetings will be for Afghanistan’s benefit because the entire region believes that the security of Afghanistan is for the benefit of all,” he said.

West also touched on security in the region, saying the US is concerned about a recent uptick in attacks by the ISIL (ISIS) affiliate in Afghanistan.

“We want the Taliban to be successful against them,” he said.

He added that al-Qaeda’s presence in Afghanistan “is an issue of ongoing concern for us in our dialogue with the Taliban”. 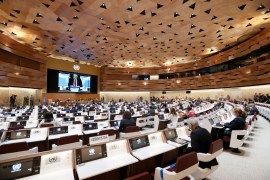 What can the UN do for Afghanistan now?

Given the reluctance to recognise the Taliban government, the UN can play central role in mitigating the Afghan crisis. 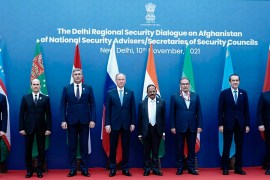 India hosts talks on Afghanistan, but no Afghan official invited 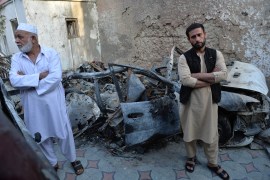 Justice denied for the victims of Afghanistan’s Mai Lai massacre

The US military killed civilians, lied about it, was caught and still exonerated itself.