US President Joe Biden has signed into law a bill calling for more sanctions and other punitive measures against the government of Nicaraguan President Daniel Ortega, who at the weekend secured a contentious fourth consecutive term in office.

Sunday’s elections took place after a month-long government crackdown during which dozens of opposition leaders, including seven presidential hopefuls, were arrested and others were forced into exile.

The so-called RENACER Act that Biden signed on Wednesday “imposes sanctions on the government of Nicaraguan President Daniel Ortega, to restrict multilateral bank lending, and to target regime corruption”, the White House said in a statement.

The bill was adopted in the US House of Representatives earlier this month after being approved by the full Senate in August.

It calls for sanctions on Nicaraguans deemed responsible for unfair elections, increased coordination of such measures with the European Union and Canada, and expanded US oversight of international lending to Managua.

“Proud to see the US match Ortega’s tyrannical tactics with targeted actions & our uncompromising support for those crying out for freedom & basic rights,” the US Senate Foreign Relations Committee, chaired by Democrat Bob Menendez, who introduced the bill, said on Twitter.

The White House announcement comes as members of the Organization of American States (OAS) gathered in Guatemala for a previously scheduled meeting where the US is working with other countries on what they hope will be a strong resolution against Ortega.

The Sandinista leader, who governed Nicaragua from 1979 to 1990 before returning to power in 2007, on Monday night derided his US critics as “Yankee imperialists” and accused them of trying to undermine Nicaragua’s electoral process.

Ortega and his wife, Rosario Murillo, who also serves as vice president, secured 76 percent of the vote, the Supreme Electoral Council (CSE) said late on Monday after a preliminary tally of the ballots.

Cuba, Venezuela and Russia have offered Ortega their backing, but rights groups, as well as the US, United Kingdom, Spain, Costa Rica and other nations, rejected the elections as a sham. Biden on Sunday accused Ortega and Murillo of orchestrating a “pantomime election that was neither free nor fair”.

US Secretary of State Antony Blinken also said earlier this week that the country would consider additional sanctions and other measures “to promote accountability for those complicit in supporting the Ortega-Murillo government’s undemocratic acts”.

A State Department official declined to elaborate on sanctions in the works, the Reuters news agency reported. A US government source last week said initial targets would likely be individuals, security force members and government-controlled companies.

Political analysts have questioned whether increasing isolation will force Ortega’s hand, however, or risk worsening an already dire economic situation in Nicaragua and fuel migration.

More than 103,600 people already left the country since mass anti-government protests broke out in 2018. At least 300 people were killed in the ensuing government crackdown on the demonstrations, while more than 1,600 others were arrested, according to a tally by the Inter-American Commission on Human Rights.

The Ortega government has been accused of increasing authoritarianism since the 2018 protests, but the Nicaraguan president has defended his actions, accusing his opponents of being part of a US-backed effort to remove him from power. 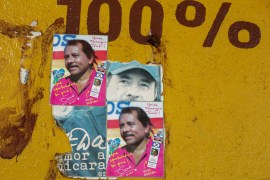 What next for Nicaragua as Ortega prepares for fourth term? 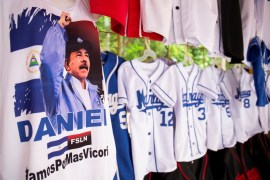 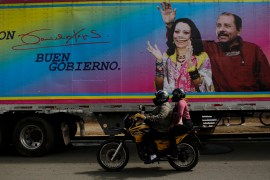 US Congress targets Nicaragua ahead of controversial polls

Foreign governments have targeted President Daniel Ortega amid a months-long crackdown on the opposition. 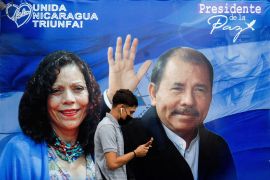 President Daniel Ortega is set to win a fourth straight term, but rights groups say November 7 vote is not free or fair.