Bangladesh’s former chief justice has been sentenced in absentia to 11 years in jail for corruption in a case that opposition groups and supporters say is politically motivated.

Surendra Kumar Sinha, 70, headed the Supreme Court when it ruled in 2017 that parliament could not sack judges, a move hailed by lawyers as safeguarding judicial independence.

Sinha left Bangladesh in late 2017, alleging he had been forced to step aside following the landmark ruling. He lives in North America where he has reportedly sought asylum.

Campaigners have said his departure was a massive blow to the credibility of the country’s judiciary, and accused the government of going after Sinha.

“It was very obvious that the government was angry with him and … was determined to just kill his reputation,” Asif Nazrul, a law professor at Dhaka University, told the AFP news agency.

A court in the capital Dhaka found Sinha guilty of laundering approximately $471,000 in connivance with the officials of a private bank.

Ten more people were indicted in the case, eight of whom have been convicted and handed down varying punishments, reports said.

“This verdict proved that nobody in the country is above law. Wrongdoings will bring anyone in the trial,” he told AFP.

Sinha was the first Hindu chief justice in the officially secular Muslim-majority nation of 169 million.

He later wrote a book, titled A Broken Dream: Rule of Law, Human Rights and Democracy, in which he said he had been forced to resign and flee after being threatened by a military security agency. 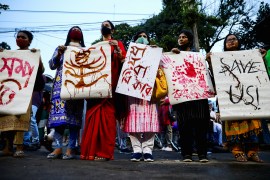 Awami League plans series of rallies over next two weeks after one of the country’s worst bouts of religious violence. 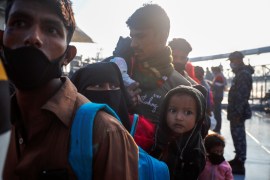 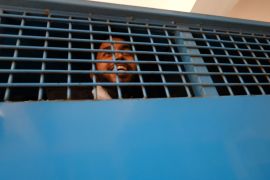 Six sentenced to death in Bangladesh for killing LGBTQ activists

Court orders the death penalty for members of a banned group for the brutal murders five years ago.