Taipei, Taiwan – Do the United States and China have an agreement on Taiwan’s political status?

The question was raised on Tuesday when US President Joe Biden told reporters that he and his Chinese counterpart, Xi Jinping, had agreed to “abide by the Taiwan agreement”, leaving many around the world scratching their heads.

Biden made the remark at the White House in response to a reporter’s question about rising tensions in the Taiwan Strait, with Beijing sending more 149 military planes towards Taiwan over four consecutive days amid celebrations of the founding of the People’s Republic of China.

“I’ve spoken with Xi about Taiwan,” Biden told reporters when asked about China’s provocative actions. “We agree we – we’ll abide by the Taiwan agreement. That’s where we are. And we made it clear that I don’t think he should be doing anything other than abiding by the agreement.”

The US president appeared to be referring to a 90-minute conversation he had with Xi on September 9. And while his remark appeared aimed at calming fears, it only caused confusion.

Because there is no official agreement between Beijing and Washington about Taiwan.

Known formally as the Republic of China (ROC), Taiwan is a self-ruled island that lies about 161 kilometres (100 miles) off the coast of mainland China. It is a democracy with a separate government and a military. But despite its de facto independence, most countries do not consider Taiwan a separate state due to China’s claims over the territory.

Once a backwater of Imperial China, Taiwan was colonised by the Japanese during the World Wars. In 1949, the Chinese nationalists fled there after losing a bloody civil war to the communists who established the People’s Republic of China (PRC) with its government in Beijing.

In Taipei, the nationalists’ ROC government continued to claim to represent all of China and even held a seat on the United Nations Security Council. But from 1971 onwards, most countries – including the US – began dropping diplomatic recognition of the ROC in Taipei in favour of the PRC in Beijing.

This historical dispute is at the crux of Beijing’s much-hyped “One China” principle.

While Beijing has repeatedly threatened to use force if Taiwan ever formally declares independence, the sabre-rattling has increased under Xi, who sees reuniting Taiwan with mainland China as an issue of legacy.

Fear of an all-out conflict is now growing.

Taiwanese defence officials say Beijing could have the ability to mount a full-scale invasion of Taiwan by 2025.

Lev Nachman, a postdoctoral researcher at Harvard’s Fairbanks Center in the US, said the Biden administration appears to be taking the tensions in the Taiwan Strait seriously. But in referring to a Taiwan agreement, it is likely the US president simply misspoke, he said.

“The confusion is there is no such thing as a ‘Taiwan agreement’ let alone any sort of agreement on anything related to Taiwan,” Nachman said. But “it feels frustrating to see language not be pristinely precise at a time when it really ought to be,” he added.

This marks the second time that Biden has caused confusion about US policy towards Taiwan.

In March, when asked about US commitment to its allies in the Asia Pacific in the wake of the decision to withdraw troops from Afghanistan, Biden appeared to suggest the US would defend Taiwan if it came under attack from China.

“They are … entities we’ve made agreements with based on not a civil war they’re having on that island or in South Korea, but on an agreement where they have a unity government that, in fact, is trying to keep bad guys from doing bad things to them,” he said.

“We have made, kept every commitment. We made a sacred commitment to article 5 that if in fact anyone were to invade or take action against our NATO allies, we would respond. Same with Japan, same with South Korea, same with Taiwan. It’s not even comparable to talk about that.”

White House officials had to later clarify that the US does not have a formal defence treaty with Taiwan, although it does with South Korea and Japan.

What the US does have is a policy of “strategic ambiguity” and the Taiwan Relations Act of 1979.

Passed in the aftermath of Washington withdrawing its diplomatic recognition of ROC in favour of the PRC, the legislation nevertheless mandates the US to “preserve and promote extensive, close and friendly commercial, cultural, and other relations between the people of the United States and the people of Taiwan”.

The legislation further obliges the US to make “available to Taiwan such defense articles and defense services in such quantity as may be necessary to enable Taiwan to maintain a sufficient self-defense capacity”.

In the complex diplomatic dance of relations involving China, Taiwan and the US, even the smallest action or word choice can carry significant meaning.

Take ‘One China’, which means different things to Beijing and Washington.

For the former there is only ‘One China’ and that is governed by Beijing – it is the pretext for its claims that Taiwan is simply a province of the mainland and not an independent state.

For the US, however, ‘One China’ is more ambiguous.

“Our “One China” policy is *not* Beijing’s “One China” Principle despite the latter’s insistence that it is,” Jessica Drun, an expert on cross-strait relations and a non-resident at the Arlington-based think-tank, the Project 49 Institute, wrote on Twitter this week. “The official US position is that Taiwan’s status is undetermined.”

One China and One China

After the Taiwan Relations Act was passed, the US barred high-level contact between the two governments and limited its support to Taiwan to periodic arms sales.

But as tensions with China have grown in recent years, the administration of former President Donald Trump stepped up support for Taiwan, approving some $5.1bn in weapons sales in 2020 alone and authorising high-level official visits to Taipei.

The Biden administration has continued and ramped up the Trump-era policy.

The Wall Street Journal on Thursday reported that about two dozen US service members have been training Taiwan’s ground and maritime forces “for at least a year”.

The Pentagon did not confirm or deny the report.

“Our support for and defence relationship with Taiwan remains aligned against the current threat posed by the People’s Republic of China,” Pentagon Spokesman John Supple said in a statement.

US State Department Spokesman Ned Price, meanwhile, on Thursday told reporters that the US commitment to Taiwan was “rock solid”.

Many commentators assume that the US would automatically defend Taiwan if the island were attacked by China, even if it is not formally spelt out in any treaty.

Austin Wang, an assistant professor of Political Science at the University of Nevada, Las Vegas, said people in Taiwan appeared divided on Biden’s remarks on the “Taiwan agreement” depending on their political leanings towards the ruling Democratic Progressive Party (DPP), which supports the vision of a Taiwan distinct from China, or the more China-friendly Kuomintang (KMT).

The KMT is known for fostering closer economic ties with China and is supported by big business interests in Taiwan. The KMT’s more conservative factions, however, continue to call for unification even though that view is now at odds with mainstream Taiwanese society.

Wang said pro-DPP supporters appeared unperturbed by Biden, while those leaning centre or right towards the KMT were more sceptical of the US president’s intentions towards Taiwan.

“They think that Biden’s ‘Taiwan agreement’ is another evidence that Taiwan is just a chess piece on the chessboard, indicating that Taiwan has no say in its own future since the agreement is merely made between Xi and Biden,” he said.

“Moreover, Biden mentioned that his talk with Xi happened last month, but Taiwanese people all witnessed the sharp increase of incursions this week. So, it seems that the talk has no, if not negative, impact on the stability of the Taiwan Strait.” 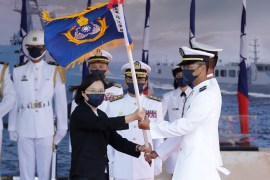 But amid rising tensions with China, Tsai Ing-wen says island will do what is necessary to defend itself. 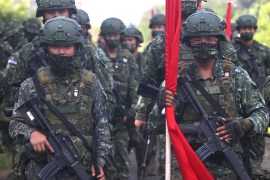 The Wall Street Journal reports about two dozen members of US military have been working with Taiwan’s armed forces. 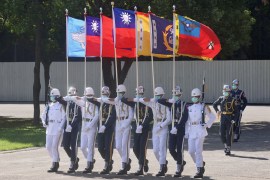 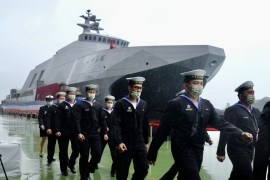