The UN Human Rights Council voted to end the mandate of experts investigating war crimes in Yemen in a blow to Western nations who wanted the probe to continue.

The 47-member council voted against renewing the mandate of the Group of Eminent International and Regional Experts on Yemen (GEE) on Thursday, which in August 2018 reported evidence of possible war crimes committed by all sides, including a military coalition led by Saudi Arabia.

Saudi Arabia has been in the past accused of attempting to shut down the investigation, with Human Rights Watch in September 2018 saying Riyadh was making a “blatant attempt to avoid scrutiny” of its conduct in Yemen.

The Human Rights Council in 2017 agreed to send a group of “eminent experts” to Yemen to investigate abuse nearly two years after the Saudi-led coalition launched a devastating military offensive in support of internationally recognised President Abd-Rabbu Mansour Hadi, who was toppled by the Houthi rebels.

The Saudi-led coalition has been accused of bombing schools, hospitals and other civilian targets while the Houthi rebels, who control much of northern Yemen, were also accused of major violations.

Catherine Shakdam, former Security Council consultant on Yemen, told Al Jazeera that the vote was not a surprise.

However, she added, “A lot of people will be disappointed because it is a failure on the part of the UN, but from a political perspective … finding a real solution to the ongoing crisis in Yemen, pointing fingers may not be the right way to reaching a peaceful resolution to the conflict.”

This is the first time the United Nations’ top rights body has ever rejected a draft resolution since its foundation in 2006, a spokesman for the council told AFP.

The draft resolution seeking to extend the GEE’s mandate for a further two years was brought forward by several European nations and Canada.

Some 21 countries voted against the draft resolution, 18 voted in favour, seven abstained and Ukraine did not register a vote at all.

Japan was among the abstentions.

The Cairo Institute for Human Rights Studies (CIHRS) said the vote amounted to “a blatant attempt by Saudi and its allies to ensure blanket impunity for themselves after having been linked to war crimes and other grave violations of international law in the country”.

Failure to renew the UN’s #Yemen investigation is a stain on the Human Rights Council’s record. By voting against much-needed mandate, the Council turned its back on victims, bowed to pressure from the Saudi-led coalition, and put politics before principle. pic.twitter.com/uJYMZ1pbbi

The kingdom is not a voting member of the UN Human Rights Council and its delegation did not respond to Reuters’ requests for comment.

During the debate, Bahraini ambassador Yusuf Abdulkarim Bucheeri said that the international group of investigators had “contributed to misinformation on the ground” in Yemen.

Yemen’s grinding conflict has killed tens of thousands and displaced millions, resulting in what the UN calls the world’s worst humanitarian crisis.

About 80 percent of Yemen’s 30 million people are dependent on aid.

The conflict erupted in 2014 when Houthi rebels seized the capital Sanaa, prompting a Saudi-led military coalition to intervene the following year in support of the government.

Jeremie Smith, director of the CIHRS Geneva office, said: “Today’s vote represents a grave failure – one that will inevitably lead to more violence and suffering in Yemen.

“States who voted against the renewal or abstained have chosen to appease Saudi Arabia instead of protecting the lives of millions.”

Dutch ambassador Peter Bekker said the vote was a major setback. “I cannot help but feel that this Council has failed the people of Yemen,” he told delegates.

“With this vote, the Council has effectively ended its reporting mandate, it has cut this lifeline of the Yemeni people to the international community.”

Speaking earlier before the council, UN human rights chief Michelle Bachelet said there was no peace in sight in Yemen.

“Parties to the conflict have continued to act with little regard to their obligations under international human rights and humanitarian law,” she said.

“Numerous attacks targeting or disproportionately impacting civilians or civilian objects during the past year may amount to war crimes.

She said urgent funding was needed to avert large-scale famine in the impoverished country. 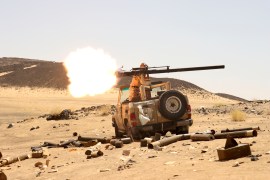 UN accused of turning a blind eye to Yemen abuses 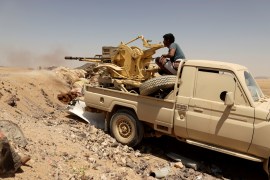 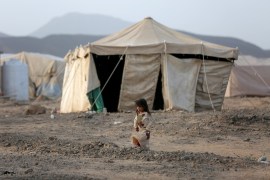 Head of World Food Programme warns food rations for millions in Yemen will be cut in October unless new funding arrives.