Pfizer has asked the United States government to approve the use of its COVID-19 vaccine for children aged five to 11.

The company announced in a tweet on Thursday that it had formally filed its application with the Food and Drug Administration (FDA) for emergency authorisation.

If regulators agree to the request, health workers could begin administering the shots to children within a matter of weeks.

That comes as some parents and paediatricians have clamoured for coronavirus protection for children younger than 12, the current age cutoff for the vaccine made by Pfizer and its German partner BioNTech.

UPDATE: We and @BioNTech_Group officially submitted our request to @US_FDA for Emergency Use Authorization (EUA) of our #COVID19 vaccine in children 5 to <12. pic.twitter.com/72Z2HXlkOx

The FDA will now decide if there is enough evidence that the vaccines are safe and will work for younger children as they do for teens and adults. An independent expert panel will publicly debate the evidence on October 26.

While kids are at lower risk of severe illness or death than older people, COVID-19 does sometimes kill children and cases in young people have skyrocketed as the more contagious Delta variant has swept through the country.

Pfizer has said its research showed that younger children should get a third of the vaccine dose currently being given to the older age group.

After two doses, five to 11-year-olds developed virus-fighting antibody levels just as strong as teens and young adults get from regular-strength shots, the company said.

Pfizer studied the lower dose in 2,268 volunteers aged five to 11, and has said there were no serious side effects.

However, the study is not large enough to detect any extremely rare side effects, such as the heart inflammation that has sometimes occurred after the second dose of the regular-strength vaccine, mostly in young men.

If the FDA authorises emergency use of the kid-sized doses, there’s another hurdle before vaccinations in this age group can begin.

Advisers to the Centers for Disease Control and Prevention will decide whether to recommend the shots for young people, and the agency will then make a final decision. 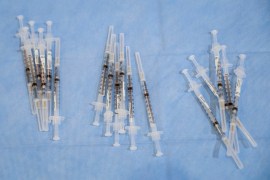 FDA decision paves the way for wider distribution of jabs and vaccine’s legal mandates in the US. 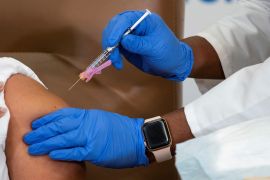 Pfizer and BioNTech say trial results show the vaccine is safe and produces a robust immune response in children. 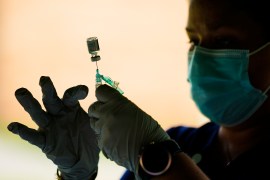 The US has argued it can both provide booster shots at home while distributing doses abroad amid global disparity.