Moscow has slammed NATO’s decision to expel several members of its Russian mission, saying it undermines hopes for the “normalisation” of ties with the US-led bloc.

The transatlantic security body also halved the number of positions which Russia can accredit to the alliance, to 10.

“There is an obvious inconsistency in statements by NATO representatives about their desire to normalise relations with our country and in their actual actions,” Kremlin spokesperson Dmitry Peskov told reporters.

“These actions allow us not to develop illusions about the normalisation of relations.

“In fact, these prospects are almost completely undermined.”

NATO Secretary General Jens Stoltenberg said on Thursday that the expulsions were not linked to a particular event, but claimed the eight individuals’ activities were not in line with their accreditations.

He said NATO needs to be vigilant in the face of “malign” Russian activity and described relations with Moscow as at their lowest point since the end of the Cold War.

“That’s because of the Russian behaviour,” Stoltenberg told reporters at NATO’s headquarters in Brussels.

He cited Russia’s military build-up along Ukraine’s border and what he said were violations of the Intermediate-Range Nuclear Forces (INF) Treaty as evidence of “aggressive actions”.

The decision on reducing the Russian mission will take effect at the end of the month and is understood to have been approved by all 30 NATO member countries.

Russia is not a NATO member, but has long had an observer mission to the Washington-headed alliance as part of a two-decade-old NATO-Russia Council meant to promote cooperation in common security areas.

The NATO-Russia Council has been largely non-functioning since Moscow’s annexation of Crimea from Ukraine in 2014.

Since then, Russia has repeatedly accused NATO of provocatively expanding its military infrastructure closer to its borders.

The alliance has said it is determined to reinforce the security of member states close to Russia following the annexation of Crimea.

Stoltenberg reiterated that NATO would continue its “dual-track” approach towards Russia of defence and dialogue.

“We are ready also to convene a NATO-Russia council meeting. We have actually invited Russia for now a long time. So far, Russia has not responded positively,” Stoltenberg said. 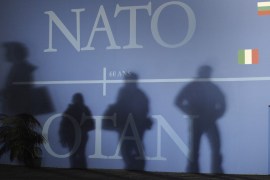 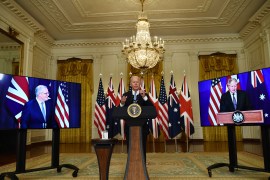 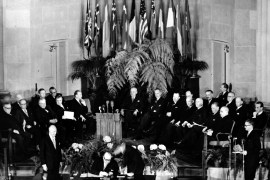 Since the end of the Cold War, NATO has struggled to redefine its role and now faces a new challenge from China.