Australia’s top legal officer has urged her state counterparts to redraft the country’s defamation law after the Australian High Court ruled that publishers of social media posts are liable for readers’ comments.

Michaelia Cash, the federal attorney general, made the appeal in a letter to her state counterparts, the Reuters news agency reported on Thursday.

The ruling sent shockwaves through the industry, pitting Facebook and news organisations against each other and spreading alarm among all sectors that engage with the public via social media.

Media giant CNN, which is owned by AT&T, has now blocked Australians from its Facebook pages, while the Australian arm of British newspaper The Guardian says it has disabled comments below most articles posted to the platform.

The ruling has added a sense of urgency to Cash’s review of the responsibility of hosts of internet forums have in defamation complaints.

She is conducting the review along with her eight state and territory counterparts.

“I have received considerable feedback from stakeholders regarding the potential implications of the High Court’s decision,” Cash wrote in her letter.

“While I refrain from commenting on the merits of the Court’s decision, it is clear from stakeholder reactions … that our work to ensure that defamation law is fit-for-purpose in the digital age remains critical.”

The review would enable “closer consideration of appropriate protections for individuals and organisations with social media accounts, including in relation to defamatory materials posted by third parties”, Cash wrote.

She added that she would “support defamation law reform remaining on the … agenda”.

The review, which has been taking place throughout 2021 and has published 36 submissions on its website, will also examine whether Facebook should be held responsible for users’ defamatory posts.

“Social media has become a coward’s palace where people can go on there, not say who they are, destroy people’s lives, and say the most foul and offensive things to people, and do so with impunity,” he told reporters in Canberra.

A Facebook spokesperson did not directly respond to a Reuters news agency question about Morrison’s remarks, but said the company was actively engaging with the review.

“We support modernisation of Australia’s uniform defamation laws and hope for greater clarity and certainty in this area,” the spokesperson said.

The social media giant, in a submission to the attorney-general’s ongoing review, has contended it should not be held liable since it has relatively little ability to monitor and remove content posted under publishers’ pages.

Facebook was not part of the court case over defamatory user comments.

Former juvenile detainee Dylan Voller had sued the three media businesses over allegedly defamatory comments posted on the Facebook pages of their newspaper and television programmes.

Voller had said that after stories referring to him were posted on the news companies’ Facebook pages, a number of third-party users made defamatory comments.

He alleged that the news outlets were liable as the publishers.

“The acts of the [media companies] in facilitating, encouraging and thereby assisting the posting of comments by the third-party Facebook users rendered them publishers of those comments,” Justice Rothman found last month.

The case will now return to the New South Wales Supreme Court to determine if any of the comments defamed Voller.

While news outlets were among the first to criticise the ruling, lawyers have warned all Australian sectors which rely on social media to interact with the public are potentially liable.

“The decision has significant implications for those who operate online forums … which allow third-parties to make comments,” a Law Council of Australia spokesperson said. “It is not limited to news organisations.”

The leader of the state of Tasmania and the Australian Capital Territory Chief Minister Andrew Barr were among those who have disabled comments from Facebook pages, citing the ruling.

The move was made “out of an abundance of caution, as his page is not a Government account, it’s a personal page”, a spokeswoman for Barr told Reuters in an email.

The High Court ruling could lead to “either the floodgates opening and so many defamation cases being filed it’s not funny, or people going the other way and starting to switch off the ability to comment on Facebook”, said Steven Brown, a defamation lawyer. 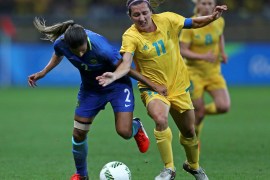 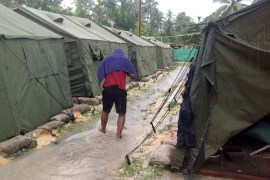 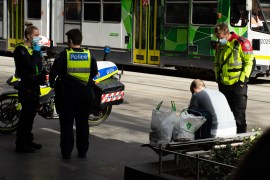 How has COVID-19 affected Australia’s homeless?

During lockdown, hundreds of homeless people in Melbourne were moved into hotels. But what will happen to them now? 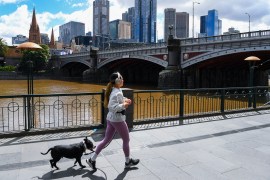