Tehran, Iran – Foreign Minister Hossein Amirabdollahian has said Iran is after a “big jump in relations” with Russia as he prepares to hold talks with his counterpart Sergei Lavrov in Moscow.

Amirabdollahian, after touching down in Moscow on Tuesday, said the government of President Ebrahim Raisi is ready to quickly expand ties with Russia based on a foreign policy that seeks the same across the region.

“This doesn’t mean that we’ll be dependent on China and Russia, but from a strategic point of view, we’ll use existing capacities to further the interests of both nations,” Amirabdollahian said.

In addition to bilateral ties, the two officials are mainly expected to discuss the situation in Afghanistan and tensions in the South Caucasus in the meeting on Wednesday.

Azerbaijan and Turkey, in response, launched a joint military drill starting on Wednesday.

Iran’s semi-official Tasnim news, affiliated with the IRGC, said on Tuesday that the representative office of Supreme Leader Ayatollah Ali Khamenei in Baku was closed by Azeri officials.

Iranian state-run news outlets later denied the report, saying only a religious gathering centre was closed due to COVID-19 protocols.

Before his meeting with Lavrov, Amirabdollahian said Iran expects Russia “to be sensitive about any potential changes in borders across the region, and be sensitive about the presence of terrorists and the movements of the Zionist regime that threatens regional peace and stability”.

The meeting comes as world powers, party to Iran’s 2015 nuclear deal, expect Raisi’s administration to announce when Iran will return to Vienna to resume talks on restoring the accord that the United States unilaterally abandoned in 2018.

Amirabdollahian has said the new Iranian administration is still reviewing the records of six rounds of talks in Vienna that concluded on July 20.

Iran has said it will return to the negotiating table “very soon” without providing an exact date.

Russia’s top negotiator in Vienna, Mikhail Ulyanov, said in a tweet on Wednesday that Russia has no reason to believe Tehran is unwilling to return to the talks.

“The return to the negotiating table is a matter of time, not in a distant future,” he wrote. 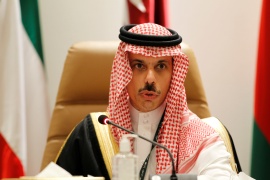 Prince Faisal says the fourth round of talks between the two regional archrivals took place on September 21. 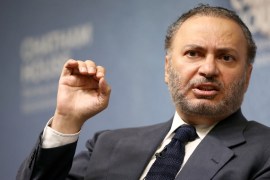 UAE official says there is uncertainty about US commitment to the Middle East and concern about Beijing. 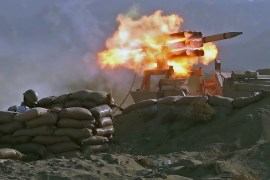 Tehran says it is concerned about Israeli and ISIL presence close to its borders with Azerbaijan.