Beirut, Lebanon – Lebanon and the International Monetary Fund are set to hold technical discussions in the “coming days” to take on the country’s dire economic crisis.

“We have received a letter from Prime Minister [Najib] Mikati expressing the authorities’ interest in a Fund programme,” the IMF’s spokeswoman for the MENA region told Al Jazeera on Monday.

Earlier, the finance ministry issued a statement announcing it has “resumed interactions” with the international organisation.

“The newly formed government led by Mr Najib Mikati is fully conscious of the urgency of Lebanon’s social and economic situation and of the challenges lying ahead,” it said.

In fewer than two years, Lebanon’s financial and economic meltdown has rendered about three-quarters of the population into poverty, and devalued the Lebanese pound by about 90 percent.

Mikati’s cabinet is Lebanon’s first full-fledged government in more than a year, and the billionaire businessman said resuming talks with the IMF is a key priority for his tenure.

Negotiations between the cash-strapped country and the IMF fell apart in July 2020 after parliamentarians and Lebanon’s banks opposed the former government’s bailout plan, and disagreed on the value of the nation’s financial losses. They wanted to lower those numbers, even though the IMF approved the government’s plan and figures.

Lebanon back then requested a loan worth $10bn.

Local media reported Mikati intends to restart negotiations for a bailout package in the coming weeks, but the Lebanese government needs first to update its economic recovery plan.

The international community considers an IMF recovery package not just a key financial lifeline for Lebanon, but a prerequisite for development aid. It has urged Lebanese authorities to reform the economy by ending wasteful spending, combating rampant corruption and financial crimes, and implementing transparency and accountability mechanisms.

The new government has hinted it would be more cooperative with the banks. Banking officials accused Mikati’s predecessor, Hassan Diab, of being hostile to the financial sector and forcing it to shoulder most of the burden of the economic crisis.

“They have to agree philosophically on one question before we can continue negotiating, and that is who is responsible for covering the BDL’s (central bank’s) losses,” Azar told Al Jazeera. “The same issues still exist, and there is no magical solution.”

He said the banks still want the Lebanese government to shoulder the burden of the economic losses, while Diab at the time said the damage was too great for it to handle.

But it is virtually impossible for the government to carry that massive financial responsibility on its own, even if it wanted to appease the banks, said Azar. 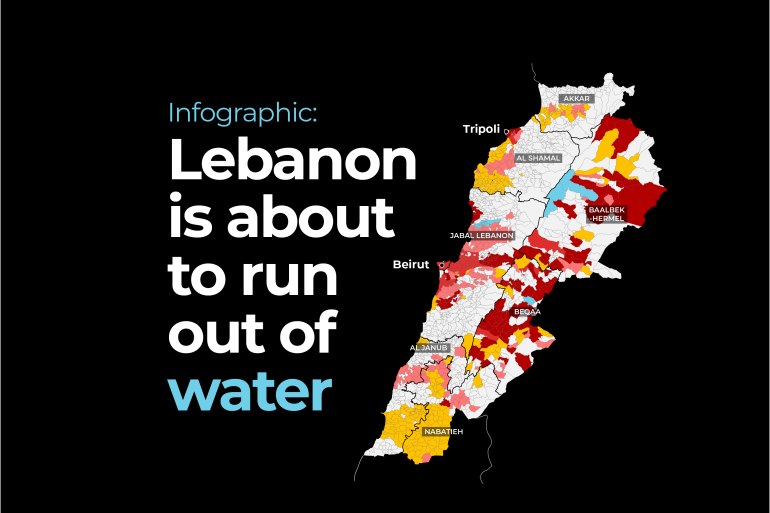 The Association of Banks in Lebanon, the country’s banking lobby, had proposed a $40bn state fund that the governments and central bank would jointly use to help pay some of Lebanon’s debt.

The banks have been criticised by much of the population for withholding their savings – even as living conditions continue to deteriorate – leaving many unable to pay off debt, medical and other living expenses.

He said it is dangerous if the banking sector is not restructured, describing local banks in their current state as “zombies”.

“Clearly, any plan with them on board will entail backdoor utilisation of state assets to cover their losses – be it gold, real estate, land, or state-owned enterprises,” he told Al Jazeera.