Facebook, Instagram and the widely-used WhatsApp messaging service are gradually returning to normal after an hours-long global outage that disabled the Facebook-owned social media platforms for some six hours.

In a post on rival platform Twitter on Monday evening, Facebook confirmed its apps were coming back online and apologised to users for a blackout that affected millions of people across the world.

“To the huge community of people and businesses around the world who depend on us: we’re sorry,” Facebook said. “We’ve been working hard to restore access to our apps and services and are happy to report they are coming back online now.”

Service were not restored until several hours later in what Downdetector described as “the largest outage we’ve ever seen”.

“We know that people were unable to use @WhatsApp to connect with their friends, family, businesses, community groups, and more today — a humbling reminder of how much people and organizations rely on our app every day,” Cathcart wrote in the tweet.

We’re aware that some people are having trouble accessing our apps and products. We’re working to get things back to normal as quickly as possible, and we apologize for any inconvenience.

Facebook later blamed faulty configuration changes on its routers as the root cause of the outage.

“Our engineering teams have learned that configuration changes on the backbone routers that coordinate network traffic between our data centers caused issues that interrupted this communication,” the company said.

Al Jazeera’s Alan Fisher, reporting from Washington, DC, said the outage was much longer than a 2019 shutdown of Facebook-owned apps that lasted for about an hour and which WhatsApp said at that time “was caused by technical problems”.

“This is obviously very concerning,” Fisher added about Monday’s problem.

The error message appearing on Facebook.com throughout the day read: “Sorry, something went wrong. We’re working on it and we’ll get it fixed as soon as we can.” The message suggested a Domain Name System (DNS) error, Reuters reported.

Downdetector, which only tracks outages by collating status reports from a series of sources, including user-submitted errors on its platform, showed there were more than 50,000 incidents of people reporting issues with Facebook and Instagram.

Ian Sherr, editor-at-large at CNET, told Al Jazeera earlier that judging by early reporting and the error messages users received on Monday, it was most likely that something had been “configured incorrectly”.

“My bet is that someone pushed a button wrong, or a cord got unplugged, which seems very minor but the reality is that we’ve seen these things before where suddenly something is configured incorrectly and entire swaths of the internet are not available,” Sherr said.

The outage came with Facebook under mounting pressure in the US, after a leaked internal investigation showed the social media giant was aware of how its Instagram app harmed the mental health of teenagers.

In a series of articles, the Wall Street Journal (WSJ) newspaper reported that Facebook knew its Instagram platform caused some teenagers, particularly girls, to feel bad about their self-image. The company has rejected the reports as a distortion of the investigation’s findings.

“We care deeply about the safety and security of the people on our platform,” Facebook’s Head of Global Security, Antigone Davis, said during a Senate subcommittee hearing last week. “We have put in place multiple protections to create safe and age-appropriate experiences for people between the ages of 13 and 17.”

On Tuesday, former Facebook employee Frances Haugen will testify at another hearing of the Senate Commerce subcommittee about Facebook and Instagram’s impacts on young users.

Democratic Senator Richard Blumenthal, chair of the subcommittee, said the testimony is “critical to understanding what Facebook knew about its platforms’ toxic effects on young users, when they knew it, and what they did about it”.

Last week, Instagram announced it was pausing plans to launch a platform for children, saying the move aimed to give the company “time to work with parents, experts, policymakerSERVICE and regulators, to listen to their concerns, and to demonstrate the value and importance of this project for younger teens online today”. 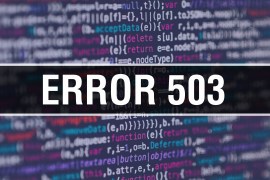 Major websites begin to come back online after internet outage

Dozens of sites, including Amazon, Reddit, the New York Times, Bloomberg News, and the Guardian could not be reached. 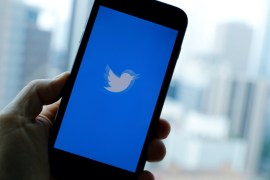 The United States-based social media platform went down for many users around 21:30 GMT, but service is re-established. 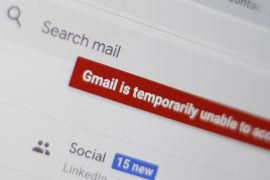 Gmail, YouTube, Google Drive and other Google services went down simultaneously on Monday.