More than 190 countries committed in 2015 to limiting global warming to 1.5 degrees Celsius (2.7 degrees Fahrenheit) above preindustrial levels in an effort to stave off the worst effects of climate change such as drought, flooding and loss of species.

Scientists say bringing global carbon dioxide (CO2) emissions to “net zero” by 2050 is the way to meet the central goal of the Paris Agreement, although it was left to individual states to work out how to achieve what they signed up to.

Some, such as Britain and France, have enshrined a net zero 2050 target into law, while many other countries and countless companies have stated policies aiming for net zero by 2050.

But what does net zero mean and will it set the world on a path to meeting its Paris goals?

What does net zero mean?

Net zero does not mean zero emissions but balancing out remaining greenhouse gas emissions with other actions.

While countries and companies say they will cut emissions as much as possible, net zero means that some sectors are expected to still be releasing greenhouse gases in 2050.

To offset them, emitters count on projects that cut emissions elsewhere or on using natural solutions or technology to stop emissions reaching the atmosphere.

Natural solutions include planting trees or restoring soil or wetlands, while technical projects include capturing and storing CO2 when it is emitted, or sucking carbon out of the air – all of which have yet to make a difference to the climate, given their use remains relatively small-scale.

Will trees and offsets deliver?

Countless voluntary initiatives have sprung up offering offset certificates based on forestry projects and other nature-based solutions that individuals and corporates can buy.

Critics say such offsets are a fig leaf for continued fossil fuel consumption. They point to a lack of common standards and hard-to-verify baselines determining the added climate value of projects underlying offset certificates.

An August report by charity Oxfam said using land alone to remove the world’s carbon emissions to achieve net zero by 2050 would require new forests at least five times the size of India or more than all the farmland on the planet.

Proponents say offsets are a useful tool to boost investment in protecting nature while the global economy moves to net zero.

Typically carbon capture and storage (CCS) refers to types of filter on industrial smokestacks and projects to store the filtered carbon underground, for example in disused oilfields.

Most current CCS projects can decarbonise high-emitting industrial processes. They do not suck any carbon out of the atmosphere but just prevent new carbon from entering.

While the technology is proven, global CCS capacity is at only about 40 million tonnes of CO2.

There is technology that results in negative emissions, for example direct air capture (DAC) or projects that combine bioenergy with technology to capture and store carbon emissions.

A June report by the Coalition for Negative Emissions (CNE) said the pipeline of projects in development could remove only about 150 million tonnes of CO2 by 2025, making only a tiny dent in global emissions, which hit a record 59.1 billion tonnes in 2020, according to a UN Environment Programme report.

Greenhouse gases are not just made up of CO2 but also gases such as CH4 (methane) and N2O (nitrous oxide), which are often expressed in terms of tonnes of CO2 equivalent or tCO2e.

Annual emissions must be cut to 25 billion tonnes CO2e by 2030 to limit the increased global warming to 1.5C, it said.

If the world continues on its current trajectory, the rise could be 2C (3.6F) by 2060 and 2.7C by the century’s end, the Intergovernmental Panel on Climate Change says. A 2.7C (4.96F) increase has been described as “catastrophic” for the planet.

Apart from much criticism of firms’ reliance on offsets that have yet to materialise, there is no standardised way to lay out net-zero strategies and emissions reporting, making holding companies to account difficult.

Selling high-emitting assets – a move that can make a company’s emissions report card look better – makes no difference to the planet’s atmosphere if the buyer keeps operating the asset.

Both countries and companies are also facing increasing pressure to set detailed, binding intermediate targets on the way to 2050 to avert fears that CEOs and political leaders are just kicking the can down the road.

India’s federal Environment Minister Bhupender Yadav recently stated setting net zero targets was not a solution, and instead, rich countries needed to acknowledge their “historic responsibility” while assuring the interests of developing nations and those vulnerable to climate change.

Although India is the third-highest emitter of greenhouse gases after China and the United States, it has historically contributed to only 4 percent of total emissions since the 1850s.

Gupta added “net zero in itself isn’t a solution” since cumulative emissions were the cause of the problem and not how much each country emits right now. Instead, he argued, countries need to focus on how much carbon is put in the atmosphere while getting to that goal. 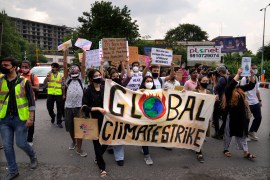 India is the world’s third largest emitter of greenhouse gases after China and the US. 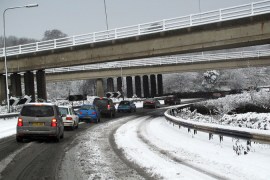 PM Johnson wants to underscore his green credentials as part of what he hopes will be a reset for his government. 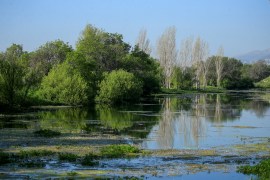 Swamps are a major carbon store. Their regeneration can help sequester vast amounts of carbon dioxide.