The United Nations Climate Change Conference (COP26) has begun in the Scottish city of Glasgow, accompanied by drastic warnings from the scientific community of an escalating climate crisis.

Delayed by a year because of the COVID-19 pandemic, COP26 aims to keep alive a target of capping global warming at 1.5C above pre-industrial levels – the limit scientists say would avoid its most destructive consequences.

Meeting that goal, agreed in Paris to much fanfare in 2015, will require a surge in political momentum and diplomatic heavy-lifting to make up for the insufficient action and empty pledges that have characterised much of global climate politics.

The conference, which began on Sunday, needs to secure more ambitious pledges to further cut emissions, lock in billions in climate finance, and finish the rules to implement the Paris Agreement with the unanimous consent of the nearly 200 countries that signed it.

“We know that our shared planet is changing for the worse,” Sharma said at the opening ceremony.

The summit comes as an accelerating onslaught of extreme weather events across the world underscores the devastating impacts of climate change from 150 years of burning fossil fuels.

Experts warn that only transformative action in the next 10 years will help stave off far more cataclysmic impacts.

“If Glasgow fails, then the whole thing fails,” he told a news conference after the Group of 20 (G20) meeting in Rome, where they agreed a target to limit global warming to 1.5C.

“If we don’t act now, the Paris Agreement will be looked at in the future not as the moment humanity opened its eyes to the problem but the moment it flinched and turned away,” Johnson said.

UN Secretary-General Antonio Guterres has also issued a stark warning. “Let’s be clear – there is a serious risk that Glasgow will not deliver,” he said on Friday.

“Even if recent pledges were clear and credible – and there are serious questions about some of them – we are still careening towards climate catastrophe.”

Thank you for standing up for #ClimateAction and telling it like it is – calling out excuses, half measures and empty promises.

It’s making a difference. The pressure is on leaders at #COP26 in large measure because of you.

I am proud to stand with you.

Activists have mobilised in Glasgow to urge the delegates on, with Extinction Rebellion campaigners kicking off the proceedings on Saturday in a march of protesters in white face paint and flamboyant robes.

The signals ahead of COP26 have been mixed. A new pledge last week from China, the world’s biggest polluter, was labelled a missed opportunity that will cast a shadow over the two-week summit. Announcements from Russia and Saudi Arabia were also lacklustre.

The return of the United States, the world’s biggest economy, to UN climate talks will be a boon to the conference, after a four-year absence under former President Donald Trump.

But like many world leaders, President Joe Biden will arrive at COP26 without firm legislation in place to deliver his own climate pledge as Congress wrangles over how to finance it and new uncertainty about whether US agencies can even regulate greenhouse gas emissions.

On climate, the world will succeed, or fail, as one.

Now is the time for real action.#COP26 begins today. We must make it count.#TogetherForOurPlanet

Hopes that the G20 meeting in Italy might pave the way to success for COP26 in Scotland have dimmed considerably. In a final communique, world leaders recommitted to the 1.5C but set no firm date, speaking only of reaching the goal of net zero “by or around mid century”.

UN Secretary General Antonio Guterres expressed disappointment at the outcome of the G20 summit, saying he left Rome “with my hopes unfulfilled – but at least they are not buried”.

Al Jazeera’s Nick Clark, reporting from Glasgow, said: “If they were hoping they would use the G20 as a springboard of momentum into COP26, I think everybody is very disappointed.”

“In Glasgow, we need a strong declaration – that commits to net zero emissions by 2050, as well as big reductions by 2030,” he said.

Clark spoke to Malawi President Lazarus Chakwera, who said developing nations will be exerting as much pressure as possible on big emitters to up their commitments.

Chakwera said developing countries such as the one he represents will face an uphill battle to adopt clean energy solutions without financial support from industrialised nations. 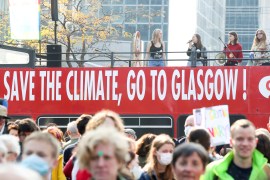 Effects of human-caused global warming are happening now and will only worsen if urgent action is not taken. 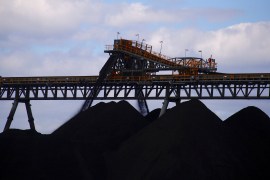 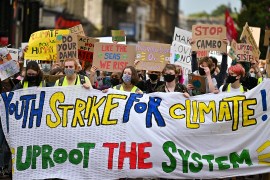 What impact will the youth climate movement have on COP26?