Missiles fired from Israel towards suburbs of the capital, Damascus, have been intercepted by Syria’s air defences, state media reported.

According to a military statement by the Syrian air defences, the missiles targeted sites in countryside around Damascus and destroyed some of them, state media SANA said.

Two soldiers were injured and some material losses occurred, the statement added.

Very rare the Israeli army carries out airstrikes in Syria by daylight; Damascus area, after a lack of IAF activity recently. Reports indicate the main target is weapons delivery to Lebanon. The possible killing of 🇸🇾 soldiers is going against the deal between Israel and Moscow. pic.twitter.com/PK6jSU9EjM

“Our anti-aircraft defences were activated and were able to hit some of the enemy missiles.”

An Israeli military spokesperson said: “We do not comment on reports in the foreign media.”

The Syrian Observatory for Human Rights said Saturday’s raid targeted a shipment of weapons and ammunition heading to Lebanon. It had earlier said that the areas hit contain arms depots for Lebanon’s Hezbollah group, and positions of the Syrian military and Iran-backed militias.

At least five pro-Iran militiamen were killed in the strike and several wounded, the war monitor said.

Israel has attacked these positions in the past.

On October 14, an Israeli air raid on Iranian positions in central Syria killed nine fighters allied to the Syrian government.

The attacks came days after Syria accused Israel of carrying out an attack in the country’s south.

Israel, alarmed by Iran’s growing regional influence and military presence in Syria, has launched hundreds of attacks in Syria over the years but rarely acknowledges or discusses such operations. 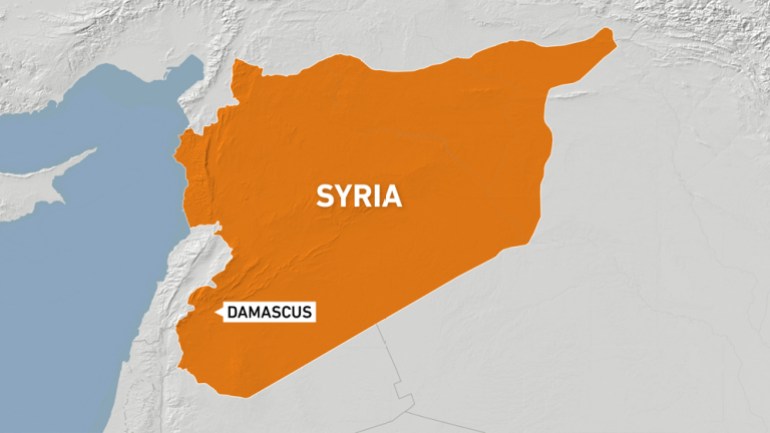 The attacks on Syria usually happen during the night.

Israel has acknowledged it is targeting bases, weapon convoys and facilities linked to Iran-allied militias, such as the powerful Lebanese Hezbollah group.

It is also targeting arms shipments believed to be bound for the group.

Hezbollah is fighting on the side of Syrian President Bashar al-Assad’s forces in the civil war.