The European Commission has temporarily halted funding for the United Nations’ World Health Organization in the Democratic Republic of the Congo after employees of the organisation were found last month to have been involved in cases of sexual abuse in the African nation.

In a statement on Friday, the European Union’s executive said it “has temporarily suspended the payments and will refrain from awarding new funding related to the humanitarian activities undertaken by WHO in the Democratic Republic of the Congo”.

“We expect all our partners to have robust safeguards to prevent such unacceptable incidents as well as to act decisively in such situations,” it said.

An independent investigation commissioned by WHO identified more than 80 alleged cases of sexual abuse during the global health agency’s response to an Ebola outbreak in the DRC, including allegations implicating 20 staff members.

The panel recorded at least nine allegations of rape. The women said perpetrators used no birth control, resulting in some pregnancies and forced abortions.

Their report cited “clear structural failures” and “individual negligence”. It noted that the scale of the incidents had contributed to the increased vulnerability of alleged victims and decried managerial shortcomings in handling the alleged misdeeds.

WHO chief Tedros Adhanom Ghebreyesus has apologised to the victims and promised a “profound transformation” of the world body under pressure from donors to institute reforms.

The UN health agency said it has since adopted a zero-tolerance plan to prevent sexual exploitation and abuse in crisis zones and has allocated an initial $7.6m “to immediately strengthen its capacity to prevent, detect and respond to sexual abuse and exploitation, in 10 countries with the highest risk profile”.

The EU had “mobilised considerable support” to tackle Ebola outbreaks in DRC from 2018 to 2020, including help for partners such as the WHO. It was currently providing funding to a range of programmes, including tackling fresh Ebola outbreaks and the COVID-19 pandemic.

“The Commission is in close contact with WHO and will use every means at its disposal to make sure WHO resolutely addresses the situation by taking all necessary remedial and corrective actions,” it said. 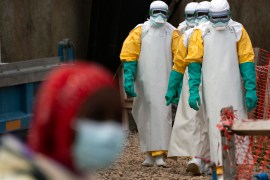 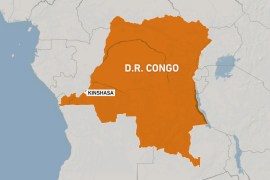 Reporter is accused of ‘terrorism’ for possession of video showing 2017 killing of two UN monitors. 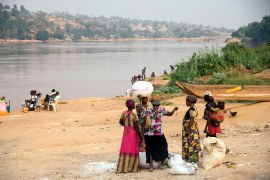 According to the UN Joint Human Rights Office, 293 civilians were killed in August, including 63 women and 24 children.