The United States has appealed against a British judge’s decision to block the extradition of WikiLeaks founder Julian Assange to face espionage charges because of concerns over his mental health.

At the start of a two-day hearing on Wednesday, lawyers acting for the US government asked London’s High Court to overturn District Judge Vanessa Baraitser’s January ruling that Assange should not be extradited because he would be at high risk of committing suicide in a US prison.

“We maintain that the district judge was wrong to come to the conclusion she did,” said James Lewis, a lawyer for the US government.

US officials accuse Assange of 18 offences – 17 counts of espionage and one of computer misuse – relating to WikiLeaks’ release of confidential US military records and diplomatic cables about 10 years ago.

Washington argues their publication put lives in danger and the charges against Assange carry a maximum prison sentence of 175 years.

The 50-year-old, an Australian citizen, denies any wrongdoing. His lawyers say that he was acting as a journalist and is entitled to First Amendment freedom of speech protections for publishing documents that exposed US military wrongdoing in Iraq and Afghanistan.

Journalism organisations and human rights groups have urged US President Joe Biden to drop the prosecution launched under his predecessor, Donald Trump, arguing the pursuit of Assange is politically motivated.

A document outlining Lewis’s arguments, presented to the court on Wednesday, said the US had provided the United Kingdom with “a package of assurances” regarding how Assange would be treated if extradited.

These included that he would not be subject to a set of strict detention conditions known as Special Administrative Measures and would not be detained at a maximum security prison in Florence, Colorado, known as ADX.

“The United States has also provided an assurance that the United States will consent to Mr Assange being transferred to Australia to serve any custodial sentence imposed on him,” the document said.

But Assange’s lawyers rejected the US assurances, saying in a court document circulated to media that he could be held in another maximum security facility under oppressive conditions that would drive him to suicide.

They said Australia had given no indication it would consent to Assange being transferred there to serve a US sentence, and he would be at high risk while awaiting a transfer.

“On the evidence, Mr Assange will most likely be dead before it (the proposed transfer) can have any purchase,” his lawyers wrote.

Assange is currently being held at London’s maximum-security Belmarsh prison. In the morning, the court was told he felt too unwell to appear via video link, but later in the day he did appear on the screen. Wearing a shirt, tie and mask, he was sitting at a table, holding his head in his hand.

Meanwhile, several dozen supporters of Assange gathered outside the court building from early on Wednesday morning, calling for him to be freed. His father and Stella Moris, Assange’s partner and the mother of his two children, were present.

“He is very thin. And I hope that the courts will end this nightmare,” she said.

The hearing is the latest stage in a legal battle that has been raging for more than a decade.

Assange was initially arrested in London in 2010 following accusations of sexual abuse in Sweden.

In 2012, the UK’s Supreme Court ruled he should be extradited to Sweden to face those charges. But soon after, he fled to the Ecuadorian embassy in London, having skipped bail, and sought asylum there.

Assange stayed there until he was dragged out by British police in April 2019, after Ecuador withdrew his asylum status.

He was then jailed for breaching British bail conditions, although the Swedish case against him had been dropped, and US authorities sought his extradition.

While Baraitser’s January 4 ruling denied his extradition on health grounds, she rejected defence arguments that the 50-year-old faces a politically motivated prosecution in the US that would override free-speech protections, saying the country’s judicial system would give him a fair trial.

Baraitser also ordered that Assange must stay in custody while any US appeal against the ruling was made, stating that he had “an incentive to abscond” if freed from prison.

Whatever the High Court decides, months if not years of further legal wrangling loom.

The two justices hearing the appeal – who include England’s most senior judge, Lord Chief Justice Ian Burnett – are not expected to give their ruling for several weeks. That will likely not end the legal saga, however, since the losing side can seek to appeal to the UK Supreme Court. 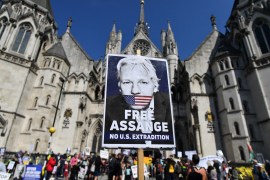 British judge gives US permission to expand grounds for appealing an earlier decision to block the extradition. 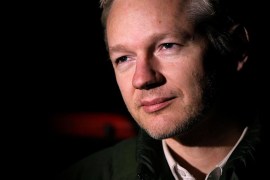 Kidnap or Kill: The CIA’s plot against WikiLeaks’ Julian Assange

Why isn’t the CIA’s plan to kidnap Julian Assange making more headlines? And the nuances of translating literary works.

The US government’s efforts to extradite Assange pose a grave threat to press freedom both in the US and abroad.