A Munich court has sentenced a German woman who joined ISIL (ISIS) to 10 years in prison after she was found guilty of allowing a five-year-old Yazidi girl that she and her husband had enslaved to die of thirst in the sun.

Monday’s conviction of Jennifer Wenisch, 30, by Munich’s Higher Regional Court marked one of the first court rulings anywhere in the world on ISIL’s persecution of the Yazidi community.

Presiding judge Joachim Baier found her guilty of “two crimes against humanity in the form of enslavement”, aiding and abetting the girl’s killing by failing to offer help and membership of a “terrorist” organisation.

Wenisch and her then-husband and ISIL fighter Taha al-Jumailly had allegedly “purchased” the child and a Yazidi woman as household “slaves”, whom they held captive while living in then ISIL-occupied Mosul, Iraq, in 2015.

Federal prosecutors had accused Wenisch, from Lohne in Lower Saxony, of later standing by as al-Jumailly chained the child in a courtyard and left her to die of thirst.

“After the girl fell ill and wet her mattress, the husband of the accused chained her up outside as punishment and let the child die an agonising death of thirst in the scorching heat,” prosecutors told the trial.

The Yazidi child was “defenceless and helplessly exposed to the situation,” Baier said on Monday, according to the DPA news agency.

He added that Wenisch “had to reckon from the beginning that the child … was in danger of dying”, but had done nothing to help the girl.

Wenisch grew up as a Protestant but converted to Islam in 2013.

German media reported that she made her way to Iraq through Turkey and Syria in 2014 to join ISIL. Prosecutors said she subsequently integrated herself into the decision-making and command structure of the armed group.

In 2015, as a member of the group’s “morality police,” she patrolled parks in Fallujah and Mosul, armed with an assault rifle and a pistol as well as an explosive vest and looking for women who did not conform with its strict codes of behaviour and dress, prosecutors said.

She was taken into custody while trying to renew her identity papers at the German embassy in Ankara in 2016, and deported back to Germany.

Wenisch’s trial lasted two and a half years due to delays linked to the coronavirus pandemic and other factors.

Al-Jumailly is also facing trial in separate proceedings in Frankfurt, where a verdict is due in late November.

Germany has charged several German and foreign nationals with war crimes and crimes against humanity carried out abroad, using the legal principle of universal jurisdiction which allows crimes to be prosecuted even if they were committed in a foreign country. 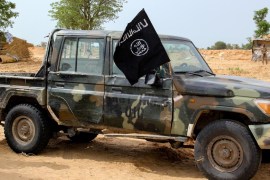 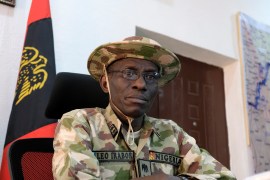 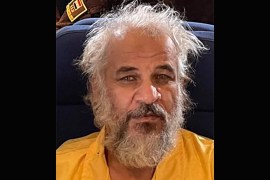 Iraqi prime minister says Jasim was in charge of ISIL’s finances and a deputy to slain leader Abu Bakr al-Baghdadi.