Amnesty International will close its two offices in Hong Kong by the end of the year, the human rights group has announced, with its local chapter ceasing operations on Sunday.

Amnesty, which has its head office in London, said it would continue its research, advocacy and campaigning work from its other offices in the Asia Pacific.

“This decision, made with a heavy heart, has been driven by Hong Kong’s national security law, which has made it effectively impossible for human rights organizations in Hong Kong to work freely and without fear of serious reprisals from the government,” Anjhula Mya Singh Bais, chair of Amnesty’s International Board, said in a statement on Monday.

“Hong Kong has long been an ideal regional base for international civil society organizations, but the recent targeting of local human rights and trade union groups signals an intensification of the authorities’ campaign to rid the city of all dissenting voices. It is increasingly difficult for us to keep operating in such an unstable environment.”

Amnesty joins some of Hong Kong’s most prominent civil society groups and trade unions in winding up its operations as a result of the national security law, which was imposed by China in June 2020 to tackle any act deemed subversion, secession, “terrorism” and collusion with foreign forces.

Amnesty has previously said the law, brought into force the year after enormous pro-democracy street protests that sometimes turned violent, had “decimated” Hong Kong’s freedoms. At least 35 groups have disbanded since the law came into force, including the Civil Human Rights Front, which organised the annual Tiananmen Square vigil in the territory.

The prominent human rights group said its regional office – which is part of Amnesty’s global International Secretariat and works on East and Southeast Asia as well as the Pacific – would close by the end of 2021.

Its local membership section – funded primarily by individual donations from members of the public – focused on human rights education, and organised events including classroom talks and documentary film festivals.

Schools are now required to include the subject of national security education in their timetables to children as young as six years old.

“We are deeply indebted to Amnesty members and staff who over the last 40 years have worked tirelessly to protect human rights in and from Hong Kong. From successfully pushing for the full abolition of the death penalty in Hong Kong in 1993, to exposing evidence of excessive use of force by police during the 2019 mass protests, Amnesty in Hong Kong has shone a light on human rights violations in the darkest of days,” Agnes Callamard, the secretary-general of Amnesty International, said in the statement.

Critics say the broadly worded national security law has been used arbitrarily to restrict the freedom of expression, assembly and association – rights that Beijing promised to uphold for at least 50 years when it took back control of Hong Kong from the British in 1997.

Amnesty documented the decline of human rights in the territory in a briefing to mark the law’s first year in force.

“The environment of repression and perpetual uncertainty created by the national security law makes it impossible to know what activities might lead to criminal sanctions. The law has repeatedly been used to target people who have upset the authorities for any number of reasons – from singing political songs to discussing human rights issues in the classroom,” said Amnesty’s Bais.

“The pattern of raids, arrests and prosecutions against perceived opponents has highlighted how the vagueness of the law can be manipulated to build a case against whomsoever the authorities choose.”

Amnesty International has operations in more than 70 countries and aims to hold governments around the world accountable to equal standards under international law. 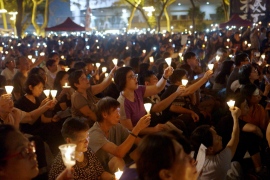 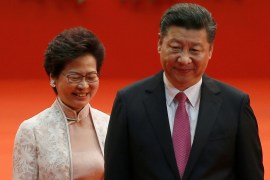 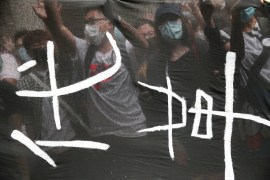 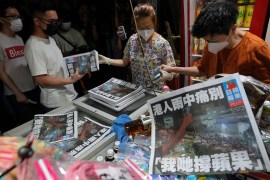