Setting up what has been called a “critical” moment on access to abortion in the United States, the nation’s Supreme Court agreed to hear a challenge by the Biden administration and abortion providers to a Texas law that imposes a near-total ban on the procedure.

The court, which has a 6-3 conservative majority, said Friday they will decide whether the federal government has the right to sue over the law. Answering that question will help determine whether the law should be blocked while legal challenges continue. Arguments are set for November 1.

The court is moving at an unusually fast pace, suggesting it plans to make a decision quickly. It also is rare for the Supreme Court to decide to hear arguments while bypassing lower courts that were already considering the Texas dispute – indicating that the justices have deemed the matter of high public importance that requires immediate review.

The Texas measure bans abortion after about six weeks of pregnancy – a point when many women do not yet realise they are pregnant. It makes an exception for a documented medical emergency, but not for cases of rape or incest.

The administration of President Joe Biden sued in September, challenging the legality of the Texas law.

The move came at a time when abortion rights opponents are hoping that the Supreme Court will overturn the landmark 1973 Roe v Wade that legalised the procedure nationwide.

The topic of abortion has long been a hot-button political issue in the US. Although polls have suggested that the majority of Americans believed abortion should be legal, they are sharply divided along political lines.

For now, the court’s action has left in place a law that clinics said has led to an 80 percent reduction in abortions in the nation’s second-largest state.

The law has been in effect since September, aside from a district court-ordered pause earlier in October that lasted just 48 hours.

The Texas law is unusual in that it gives private citizens the power to enforce it by enabling them to sue anyone who performs or assists a woman in getting an abortion after cardiac activity is detected in the embryo. That feature has helped shield the law from being immediately blocked as it made it more difficult to directly sue the state.

Individual citizens can be awarded a minimum of $10,000 for bringing successful lawsuits. Critics have said this provision allows people act as anti-abortion bounty hunters, a characterisation its proponents reject.

On December 1, the court will be hearing arguments on a case from Mississippi, a state that is asking the high court to uphold its ban on most abortions after the 15th week of pregnancy.

Rulings in that case and the Texas case are due by the end of June 2022, but could come sooner. 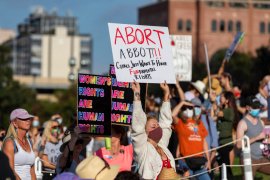 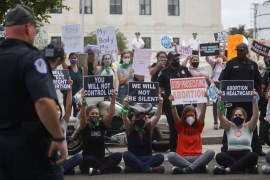 US Justice Department says it will ask US Supreme Court to block contentious law that bans abortions after six weeks. 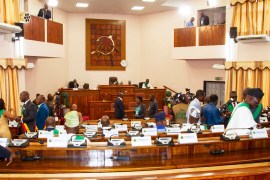 Under the new law, women can terminate a pregnancy within the first three months under certain conditions.