Beirut, Lebanon – The sixth round of talks between the Syrian government, opposition, and civil society groups over constitutional reforms has failed to make any meaningful progress, United Nations Special Envoy for Syria Geir Pedersen said.

“I think it’s fair to say the discussion today was a big disappointment,” Pedersen said at a brief news conference on Friday.

“We did not manage to achieve [what] we had hoped to achieve – that we would have a good discussion to reach forward on some kind of consensus.”

This week’s round of the Syrian Constitutional Committee talks, the first since last January, was supposed to be a major breakthrough after delegations agreed to start drafting constitutional principles.

They were able to agree on allocating constitutional provisions to different parties, but could not reach a consensus on any of them during Friday’s discussions. The talks were “businesslike, frank and open”, the UN official said.

The drafting committee consists of 45 members from the Syrian government, opposition, and civil society.

The delegations agreed to task the Syrian government with handling provisions related to “sovereignty, independence, and territorial integrity of the Syrian Arab Republic” and “terrorism and extremism”.

The opposition delegation took on responsibility for drafting constitutional text related to “the army, armed forces, security, and the intelligence”, while the civil society delegation would draft text on “the rule of law”.

Pedersen said the government delegation decided not to present any new text, while the opposition groups only responded to draft texts from the government and civil society.

“We lacked a proper understanding on how to move that process forward,” he said, adding that there needs to be more trust and political will.

The parties involved have not agreed on the date for the seventh round of discussions.

“We concluded that we were not making sufficient progress, and that we could not continue the way we have been working,” Pedersen said on Sunday before talks resumed for the first time since January.

“Since then, close to nine months, I’ve been negotiating between the parties, trying to establish a consensus on how we are going to move forward.”

In January 2018, at the Russia-hosted Syrian peace conference in Sochi, an agreement was reached to form a 150-member committee to draft a new constitution by September 2019, equally represented by the Syrian government, political opposition, and civil society.

A smaller committee of 45 individuals of that same cohort is tasked with negotiating and drafting the new constitutional provisions.

Syria’s war has killed about 500,000 people over the past 10 years, and started in 2011 with a brutal crackdown on anti-government protests. It later turned into a complex battlefield involving foreign armies, local militias and foreign fighters. 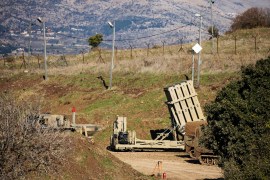 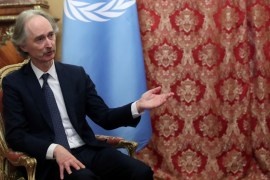 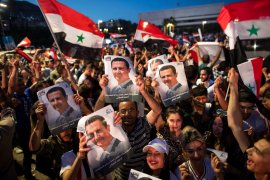 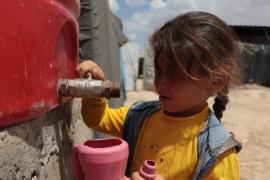