India has administered one billion COVID-19 vaccine doses, an important milestone after a slow start, even as a recent drop in inoculations worries the government and healthcare providers.

Health Minister Mansukh Mandaviya will launch a song and an audio-visual film at the Mughal-era Red Fort in New Delhi on Thursday to “celebrate the landmark milestone”, his ministry said.

The country has already injected 998.5 million doses, nearly 90 percent of them the AstraZeneca vaccine produced domestically by the Serum Institute of India.

“I appeal to all unvaccinated Indians to quickly get their shots and contribute to our historic golden vaccination journey,” Mandaviya said on Twitter.

We are witnessing the triumph of Indian science, enterprise and collective spirit of 130 crore Indians.

Congrats India on crossing 100 crore vaccinations. Gratitude to our doctors, nurses and all those who worked to achieve this feat. #VaccineCentury

The government was reportedly set to celebrate the milestone with Prime Minister Narendra Modi thanking health workers, special announcements at railway stations and airports, and monuments lit up in the national colours.

The government wants all of India’s 944 million adults to get vaccinated this year. As of now, 75 percent of them have got at least one dose, and 31 percent have had two.

However, hundreds of millions of Indians under 18 – who make up some 40 percent of the population – have not had a single shot.

India has so far reported 34.1 million COVID-19 cases and more than 452,000 deaths, most during a second wave of infections of the Delta variant that surged through the country between April and May.

A “sizeable number of people in India have not taken their second dose by the due date despite adequate supplies,” the health ministry said on Tuesday, as new infections fell to their lowest since early March.

Daily shots have averaged 5 million this month, a fifth of September’s peak, though states are sitting on record stocks of more than 100 million vaccines as domestic output of the AstraZeneca vaccine soars.

Despite the current low number of infections, ministry officials have been urging people to get vaccinated fast, especially as the ongoing festival season means family gatherings and mass shopping, raising the risk of a new wave of infections.

India suffered a huge spike in cases in April and May, reporting more than 400,000 infections and 4,000 deaths per day, with many hospitals unable to cope and crematoriums overwhelmed.

Cases have since fallen sharply, with fewer than 20,000 infections per day, and most activity has returned to normal.

Mumbai, one of India’s myriad teeming cities, recently reported zero deaths in a day for the first time since the pandemic began.

Most restrictions on activity have been lifted, with crowds celebrating India’s main religious festival season – an important time for the battered economy – for the first time in two years.

This has sparked concerns about a new wave of infections and a renewed push by the government to push people to get their second shots.

Media reports last week said an expert panel of India’s drug regulator recommended the use of the homegrown Covaxin – one of seven COVID-19 vaccines approved in India – for under-18s.

“I think it is unlikely that we will see a third wave that in any way resembles the second wave,” said Dr Gangandeep Kang, from the Christian Medical College, Vellore.

“The only situation where that can happen is if we have a completely new virus variant. Then it’ll be a new pandemic,” she said. 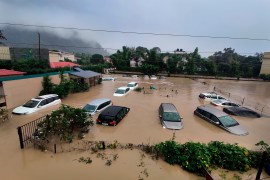 Several days of enormous flooding and devastating landslides sweep away roads and houses in the two nations. 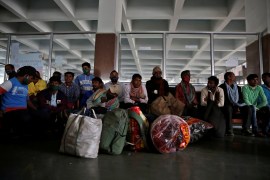 Panic grips non-local workers in the disputed region after four are shot dead in two days in targeted attacks. 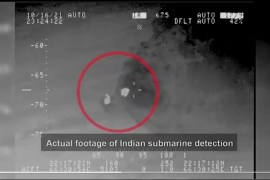 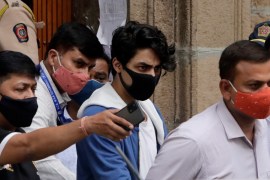