A major crackdown in western Libya has resulted in the detention of 4,000 migrants, including hundreds of women and children, according to officials.

The raids took place on Friday in the western town of Gargaresh as part of what authorities described as a security campaign against undocumented migration and drug trafficking. The interior ministry, which led the crackdown, made no mention of any traffickers or smugglers being arrested.

Officials said on Friday that 500 undocumented migrants had been detained but on Saturday reported that number had reached 4,000.

The United Nations (UN) said one migrant was killed and at least 15 others injured when Libyan security authorities carried out the raids.

“Unarmed migrants were harassed in their homes, beaten and shot,” the UN humanitarian coordinator for Libya Georgette Gagnon said.

Gargaresh, a known hub for migrants and refugees, is about 12km (7.5 miles) west of the Libyan capital, Tripoli. The town has seen several waves of raids on migrants over the years, but the latest one was described by activists as the fiercest so far.

“We are hearing that more than 500 migrants including women and children have been rounded up, arbitrarily detained and are at risk of abuse and ill-treatment,” said Dax Roque, Libya’s director of the Norwegian Refugee Council, in a statement on Friday.

“Migrants and refugees in Libya, particularly those without legal residency in the country, are often at risk of arbitrary detention. Torture, sexual violence, and extortion [are] rampant in Libyan detention centres,” the statement added.

Pictures posted by the interior ministry showed dozens of migrants sitting with hands cuffed behind them or being taken away in vehicles.

Alarmed that more than 500 migrants, including women and children, have been rounded up today and are being arbitrarily detained in Libya. https://t.co/Y3XEiji2dA

The prisoners were gathered in a facility in Tripoli called the Collection and Return Center, said police Colonel Nouri al-Grettli, head of the facility. He said the migrants have been distributed to detention centres in Tripoli and surrounding towns.

A government official said authorities would “deport as many as possible” of the migrants to their home countries. He said many of those detained had lived without documents in Libya for years. The official spoke on condition of anonymity because he was not authorised to brief the media.

The UN said it was “extremely concerned” and condemned the use of lethal force by security and police forces as a violation of national and international law.

Chaos in the oil-rich nation

Since the 2011 NATO-backed uprising that removed and killed longtime leader Muammar Gaddafi, Libya has emerged as the dominant transit point for people fleeing war and poverty in Africa and the Middle East, hoping for a better life in Europe.

Human traffickers have benefitted from the chaos in the oil-rich nation and smuggled people through the country’s lengthy border with six nations, before packing them into ill-equipped rubber boats in risky voyages through the perilous Central Mediterranean Sea route.

Tarik Lamloum,  a Libyan activist working with the Belaady Organization for Human Rights, said the raids involved human rights violations against the migrants, especially in the way some women and children were detained. He did not elaborate.

He said many of those detained have been registered with the United Nations refugee agency (UNHCR) as refugees or asylum seekers. There was no immediate comment by UNHCR.

Some thousands of refugees and migrants are held in official detention facilities, some controlled by armed groups, as well as an unknown number in squalid centres run by traffickers.

Sara Prestianni, a migration officer at Euromed rights, said the situation for migrants in Libya was becoming “more worrying” due to the “use of violence”.

“The only solution … is to open a humanitarian corridor that can let people go out from Libya and reach the European territory in a safe way, otherwise, people will stay in detention suffering mistreatment,” Prestianni said. 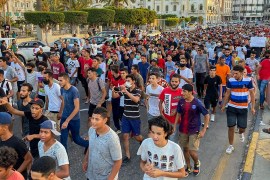 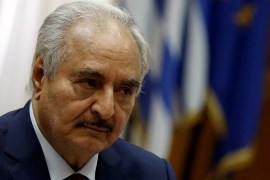 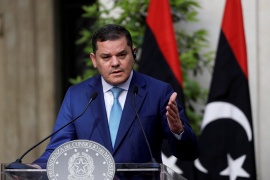