Democrats in the US Congress have withdrawn a planned vote on a $1.2-trillion infrastructure bill to transform the United States’s transport networks and broadband access, as lawmakers refused for a second day running to unite behind a twin spending bill estimated to be as much as $3.5 trillion.

Nancy Pelosi, the leader of the fractious House Democrats, pulled the vote late on Friday as congressional leaders arbitrated disputes among the party’s centrist and left wings in both the House and Senate. Pelosi had earlier postponed the vote on Thursday.

Democrats had been spending much of the week sparring about the size of a companion $3.5-trillion bill for social spending, stalling the vote on the more popular infrastructure bill.

Earlier on Friday, President Joe Biden visited the US Congress to press his fellow Democrats negotiating on the twin make-or-break spending bills that could define his legacy – or spell crippling political failure.

“I’m telling you, we’re going to get this done,” he told reporters after meeting with House Democrats who are deeply divided on a spending spree that Biden says would restore the battered US middle class.

The Reuters news agency quoted Congressmembers as saying that Biden had told his party members that he was open to scaling back a bill to boost social spending and fight climate change, but wanted to pass it in lock-step with the infrastructure bill.

Biden’s rare visit to the Capitol capped a tumultuous week that saw lawmakers narrowly avert a government shutdown and postpone a House of Representatives vote on the infrastructure bill already passed by the Senate.

The president told reporters after his 40-minute meeting with the fractious Democratic caucus that there was no rush to pass his agenda.

Biden’s political legacy is at stake, and so probably, are the Democrats’ chances of keeping control of Congress in midterm elections next year.

However, on Thursday, a game of chicken between moderate Democrats and more left-wing members over the bills ended in deadlock.

Their razor-thin majority in Congress means that even a few defections could prevent votes from succeeding.

President Joe Biden visited Capitol Hill to urge his fellow Democrats in Congress to overcome divisions that threatened his domestic agenda, after the House of Representatives postponed a vote on his $1 trillion infrastructure bill https://t.co/xF3OCZTcvx pic.twitter.com/hlWjH1nPnx

The impasse on the Democratic side is rooted in political differences over how much the government should spend, but also in the sheer lack of trust between competing factions.

On one side, moderate senators Joe Manchin and Kyrsten Sinema have refused to back the proposed $3.5-trillion price tag for the social spending package.

They do, however, support something more modest, with Manchin proposing $1.5 trillion. They also have already voted in favour of the separate $1.2-trillion infrastructure bill.

Over in the House, a younger, fiery generation of more left-wing representatives insists on keeping the $3.5 trillion number for social spending, or at least something close.

And to maintain negotiating leverage, they are refusing to back the popular $1.2-trillion infrastructure bill, saying this can only come once they know they have a “yes” from the Democratic-controlled Senate for the social spending deal.

“If there’s something else that’s short of a vote, that somebody can offer me that gives me those same assurances, I want to listen to that,” Pramila Jayapal, chairwoman of the Congressional Progressive Caucus, told reporters, in a hint that the left might be willing to compromise.

“But right now, I’m still saying we need a vote.” 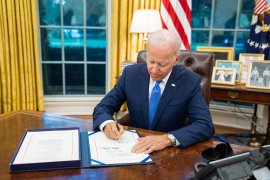 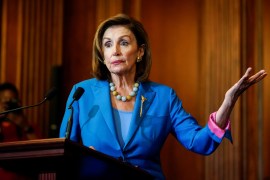 Democrats are struggling to bridge differences between two key centrist senators and a faction of House progressives. 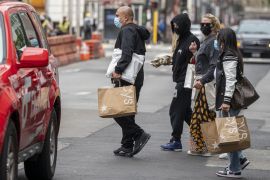 Fears are mounting that the current wave of US price pressures could last longer than expected.