At least 22 Palestinians were wounded on Tuesday and 25 arrested, according to local media. The majority of those arrested were minors.

On both Monday and Tuesday, activities for families and children were taking place at Damascus Gate, one of the few public spaces where Palestinians in the city gather, to celebrate the Prophet’s birthday.

Matters visibly escalated in the area on Monday evening when the Israeli army wounded at least 49 Palestinians and arrested 10, according to local media.

At least two local journalists were violently arrested while covering the events.

There have been arrests every night and day at the Damascus Gate and the surrounding areas as Palestinian anger mounted over the desecration of graves in a historic Muslim cemetery near the Old City, parts of which are being built over to make a national park. The Israeli-controlled Jerusalem Municipality began the latest round of excavations in the cemetery on October 10.

The situation has escalated in recent days, however, with Israeli forces violently raiding and clearing Palestinians out of the few public spaces available to them in occupied East Jerusalem, including Damascus Gate and Salah al-Din Street.

“Damascus Gate near the Old City of Jerusalem is a place where young Palestinians like to gather in the evening and socialise with their friends but, for the last few months, Israeli police and special forces have been violently forcing them to disperse to make way for Israeli settlers entering the Old City,” Jawad Siam of the Wadi Helweh Centre in occupied East Jerusalem, which monitors violence against Palestinians, told Al Jazeera.

Siam said the centre recorded in the last two weeks the arrest of more than 82 minors, a significant portion of them under the age of 13.

Police dogs and a “skunk water” machine – which sprays hard-to-remove foul water – have also been deployed in the forced removals.

Palestinians come to Damascus Gate to do more than socialise, they gather there also as a deliberate policy of defiance against Israel and its discriminatory laws and practices that favour Jewish settlers over Palestinians.

Siam said a number of Palestinians had also been arrested, assaulted and banned from the Al-Aqsa Mosque compound in the Old City for shouting “Allahu Akbar” as Israeli settlers entered and began praying on the grounds of Islam’s third-holiest site. The settlers’ move violated a “status quo agreement” between Israel and the Jordanian Waqf authority that administers the mosque compound.

Two Israeli policemen are being investigated by the Israeli Police Investigations Department for using unnecessary force against Palestinians.

‘Not allowed to sit here’

Last week, Hussein al-Zeer, 20, from the Jerusalem neighbourhood of Silwan, was sitting with his friends near Damascus Gate enjoying an evening out.

He told Al Jazeera that about a dozen Israeli border police armed with batons, sound bombs, and tear gas canisters rushed them and ordered them to disperse.

Those who refused to move or filmed the attack were beaten, some were arrested.

“They were aggressive from the beginning and didn’t even give us a chance to leave. They beat me all over my body with the backs of their rifle butts and with their fists,” al-Zeer recalled.

“They said we weren’t allowed to sit here and if we stayed we would be arrested. When my friend questioned them as to why we couldn’t sit here they started hitting him.

“We left but afterwards we returned. Why are only Jewish settlers allowed to sit and go wherever they like in occupied East Jerusalem?” asked al-Zeer.

“Can you imagine what the outcry would be internationally if an ancient Jewish cemetery in Europe was desecrated for a park,” said Siam.

According to a UN Development Programme (UNDP) report released in 2016 in conjunction with the Palestinian Authority (PA), Israeli authorities in Jerusalem allocate only 10 percent of their budget to occupied East Jerusalem, with the remainder going to West Jerusalem.

“There are huge socioeconomic disparities between the two areas, to the extent that they could be classified into two quite different human development categories,” the report said.

Under international law, Israeli settlements and the transfer of settlers to occupied territory are illegal, and the unofficial annexation of East Jerusalem was declared null and void by UN Security Council Resolution 478.

“Policies that discriminate against the Palestinian population are prevalent,” the UNDP report stated.

“These laws are constructed specifically to prevent Palestinian Jerusalemites from developing a united, safe, and flourishing community, with a strong identity, culture, and economy, grounded in social and community cohesion.

“Instead, a discriminatory permit and zoning system, inequitable citizenship law, limited municipal autonomy, the building of the Separation Barrier, and exclusionary urban plans, have combined to create an increasingly uninhabitable area of Jerusalem.”

Social activist and historian Ehab Jallad from Jerusalem said the gathering of young people in the Old City was not only about socialising and exercising their rights, but also a political statement.

“This is about this generation of Palestinians taking control of their destiny and resisting at a grassroots level, Jallad told Al Jazeera.

“They are taking non-violent and civil disobedience action, showing not only the Israelis but other Palestinians how to pursue freedom while fighting the occupation. They are aware of the ongoing Judaisation of East Jerusalem at the expense of the Palestinian population.”

Siam, of the Wadi Helweh Centre, said since the Israeli assault on Gaza in May, Palestinians have become more emboldened.

“The Israelis have lost control of the situation and this generation, while prepared to compromise, will not return to being cowed. The next generation will not be so compromising,” said Siam. “We saw in May that we were able to assert ourselves and work towards a free future.”

Siam explained Palestinians are resisting in different capacities: Some documented the confrontations; some took part in protests; while others threw stones at Israeli soldiers.

“We didn’t wait for Europe or the Americans to tell us what to do or dictate to us how we should behave as we are tired of biased behaviour and treatment in favour of Israel.

“Neither did we wait for the Arab world or our fellow Muslims to support us. Instead, we are forging our own path on our own terms.” 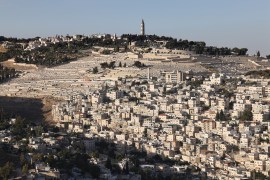 Settlers take over an apartment in Palestinian neighbourhood as the Jerusalem municipality hands out demolition orders. 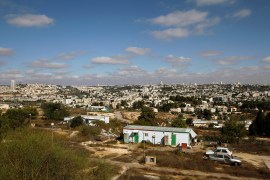 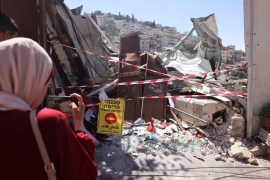 Israeli forces demolish a butcher’s shop and use tear gas to push back residents and activists.