Tehran, Iran – Tehran will host a meeting of Afghanistan’s neighbours plus Russia next week, the country’s foreign ministry has confirmed, with the October 27 event witnessing the presence of all six foreign ministers.

During a press conference on Monday, Iran’s foreign ministry spokesman Saeed Khatibzadeh announced that in addition to Iran and Russia, the meeting will be attended by China, Pakistan, Tajikistan, Uzbekistan and Turkmenistan, who all have land borders with Afghanistan.

According to Khatibzadeh, the meeting will continue discussions that the countries had during a virtual meeting held in early September.

Since the Taliban took control of Kabul in mid-August, there has been a debate in Iran on whether the group has changed its ways since it was in power more than 20 years ago.

But Iran’s official position is that it wants an inclusive government and stability in its eastern neighbouring state, something Tehran considers vital for its national security.

The calls have continued after the Taliban formed an administration that does not include ethnic and religious groups or women.

Iran has also harshly condemned the Taliban’s armed assault against resistance fighters in the Panjshir valley, and a series of explosions claimed by the Islamic State in Khorasan Province, ISKP (ISIS-K) armed group that have rocked Afghanistan in recent weeks.

Khatibzadeh said Iran has maintained contact with all parties in Afghanistan, including the Taliban.

“What is clear is that Taliban has a direct responsibility in maintaining peace and stability, and to preserve the health of all Afghan groups including the Hazaras and Shias,” he said.

Earlier this year, Tehran hosted intra-Afghan talks that included the Taliban before the armed group took control of Afghanistan.

Iran has, however, refused to participate in any talks hosted or participated by the United States, which it says was a main cause of instability and violence in the country. 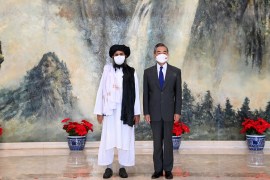 Pakistan, China, and Iran are yet to recognise the Taliban government, but they all have an interest in doing so. 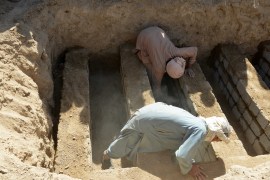 Relatives laid the bodies of the victims to rest and called on the Taliban to protect them. 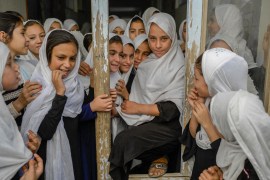 Interior ministry spokesman tells Al Jazeera that all schools and universities will reopen ‘in a very short time’.