Tehran, Iran – Iran’s President Ebrahim Raisi said seriousness on the part of the United States in upcoming talks to restore the 2015 nuclear deal would mean lifting sanctions against Iran.

In a late-night interview aired by state television, the president said Iran is “serious and committed” to return – at a still unspecified time – to Vienna to resume “result-oriented” talks aimed at restoring the Joint Comprehensive Plan of Action (JCPOA).

“For the other side, a readiness to lift sanctions can be a sign for its seriousness,” Raisi said.

Raisi also said when Enrique Mora, the European Union’s top representative to the Vienna talks, travelled to Tehran last Thursday for discussions, he was told the same.

“The Islamic Republic is serious in this. We must also see seriousness on the other side,” Raisi said.

Iran’s foreign ministry said earlier this month the country has no pre-conditions for returning to the negotiating table.

After the meeting, Iranian officials said the talks were “positive and constructive” and they would continue in Brussels within two weeks.

But as Iran says it will come back to the Austrian capital “soon” and is still reviewing records of six rounds of negotiations that ended in June, the US and EU continue to push Iran to commit to a return date.

On Monday, EU’s Foreign Policy Chief Josep Borrell said, “We made it clear to the Iranians that time is not on their side and it’s better to go back to the negotiating table quickly.”

The Iranian foreign ministry spokesman Saeed Khatibzadeh said challenges and obstacles that remained after the six rounds of talks will need to be discussed with EU officials in Brussels prior to returning to Vienna.

In a tweet on Sunday, Mikhail Ulyanov, Russia’s top negotiator to Vienna, said talks in Brussels could be viewed as a “preparatory step towards resumption of real negotiations in Vienna” and not as a substitute.

The US unilaterally abandoned the JCPOA in 2018, imposing waves of sanctions that blacklisted the entire Iranian financial system as part of former US President Donald Trump’s “maximum pressure” campaign.

In response, Iran restarted aspects of its nuclear programme and it is now more advanced than ever with uranium enrichment reaching a purity of 60 percent. 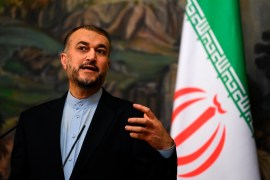 Venezuelan President Maduro will meet his Iranian counterpart on visit to Tehran ‘in the next few months’. 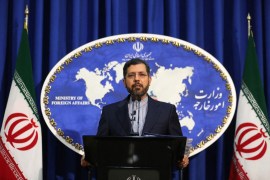 Iran to host multilateral conference on Afghanistan on October 27 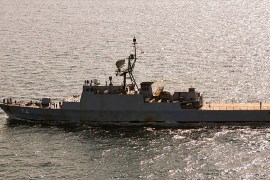