A Tunisian lawmaker has been taken into custody after a court ordered his arrest on Sunday over tax fraud and money laundering charges.

Mehdi Ben Gharbia, a businessman, former minister and member of the secular opposition party Tahya Tounes, is the latest parliamentarian to be apprehended since President Kais Saied lifted parliamentary immunity and seized control of legislative and executive powers.

Shortly after Saied dismissed the prime minister and suspended parliament on July 25, Anouar Maarouf, a senior official from the Islamic party Ennahdha, was placed under house arrest over alleged abuse of authority.

Former presidential candidate Nabil Karoui, who was runner-up in Tunisia’s 2019 presidential election, was taken into custody together with his brother on August 30 for “illegally crossing the border” into Algeria.

Last month, a military judge issued arrest warrants for two politicians from the Karama party, Nidal Saudi and Saif Eddine Makhlouf. Saudi was jailed for allegedly insulting security staff at the airport months before the arrest. Makhlouf was briefly detained for accusing military judges of being involved in what he described as a “coup”.

Tunisian police arrested Aloui Abdellatif, a member of parliament for the conservative religious Karama party, for allegedly “conspiring against state security and insulting the army” after he took part in a programme broadcast on Zaytouna television station on October 3.

Fourteen people were also issued arrest warrants in August for alleged financial and administrative corruption in the phosphate sector. The former head of Tunisia’s Anti-Corruption Committee was placed under house arrest and security forces took control of the commission’s headquarters.

Saied’s pledge to clamp down on corruption following years of economic stagnation and political paralysis has been welcomed by many Tunisians.

Critics see Saied’s political manoeuvring as a coup that undermines democratic gains made since the country’s 2011 revolution.

The former university professor further cemented his one-man rule on September 22 when he declared his authority to rule by decree and ignore parts of the constitution.

He has pledged not to return Tunisia to a dictatorial regime and has rejected accusations he staged a coup. Yet, he has given no indication of when he will relinquish his new powers.

Najla Bouden Romdhane, a little-known university engineer who worked with the World Bank, was named the country’s first female prime minister on September 29.

In a speech following her nomination, Bouden said “the fight against corruption will be the most important aim” of the new government.

Saied has approved a new government made of members selected by Bouden, many of whom come from academia and are new to the political scene of Tunisia. 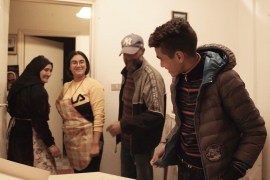 A Tunisian family, once full of hope after the 2011 revolution, now struggles with poverty and some impossible choices. 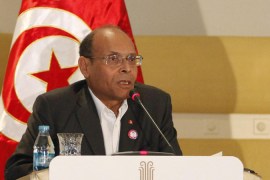 Moncef Marzouki tells all Tunisians to rally on Sunday in defence of the constitution, democracy and freedom. 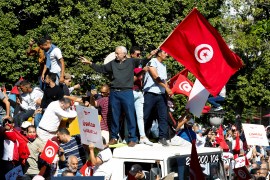