At least 47 people have been killed and 70 others wounded after an explosion went off inside a Shia mosque in Afghanistan’s southern city of Kandahar, according to a Taliban official.

The explosion on Friday afternoon took place in the Bibi Fatima mosque, the largest mosque for Shia worshippers in the city.

Hafiz Sayeed, the Taliban’s chief for Kandahar’s department of culture and information, reported the number of dead and wounded.

Interior ministry spokesman Sayed Khosti said on Twitter: “We are saddened to learn that an explosion took place in a mosque of the Shia brotherhood in the first district of Kandahar city in which a number of our compatriots were martyred and wounded.”

Taliban special forces arrived in the area “to determine the nature of the incident and bring the perpetrators to justice”, he added.

The Islamic State of Khorasan Province (ISIS-K) claimed responsibility for the attack in a statement posted by its Amaq news agency later on Friday.

The group’s affiliate in Afghanistan had also claimed responsibility for a similar bombing that killed scores of Shia worshippers at a mosque in the northern city of Kunduz a week earlier.

A witness to the attack on Friday told the AFP news agency he heard three blasts, one at the main door of the mosque, another at a southern area, and a third where worshippers wash themselves.

Murtaza, another witness who, like many Afghans, goes by one name, told the news agency that four suicide bombers attacked the mosque.

Two detonated their bombs at a security gate, allowing the other two to run inside and strike the congregation of worshippers, he said.

Speaking to AP by phone, he said Friday prayers were typically attended by about 500 people.

Photographs posted by journalists on social media showed many people apparently dead or seriously wounded on the bloody floor of the mosque.

Hospital sources told Al Jazeera they were inundated with patients, and that based on the number of increasing intakes, they feared a high casualty toll. 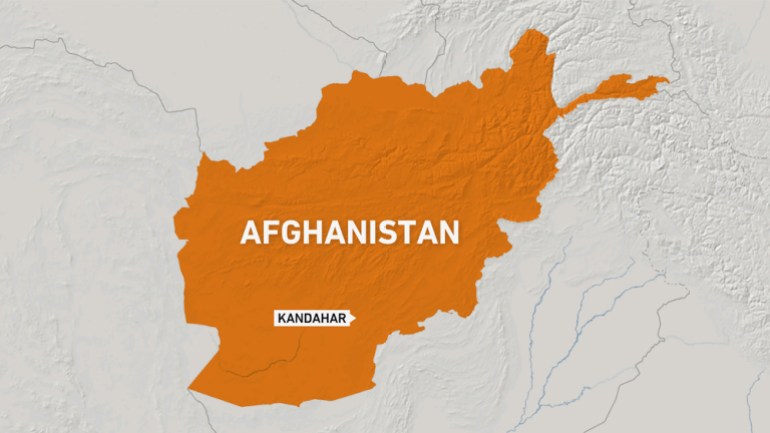 Al Jazeera’s Stefanie Dekker, reporting from Kabul, said the attack in Kandahar, the stronghold of the Taliban, seemed to send “a message that nowhere is safe”.

“The security card, the one the Taliban always played by saying they were the only group that could ensure security to the country, is now very much challenged,” she added.

The incident took place a week after dozens of people were killed and more than 100 others were wounded when a mosque in the northern province of Kunduz was targeted in a bombing claimed by ISIS-K.

The Taliban-led government promised a quick response and to hold the perpetrators for the Kunduz attack responsible.

The Taliban, which seized control of Afghanistan in mid-August after overthrowing the US-backed government, has its own history of persecuting Shia.

But the new Taliban-led government has vowed to stabilise the country, and promised to protect the Shia minority now living under its rule.

Shia are estimated to make up roughly 10 percent of the Afghan population. Many of them are Hazara, an ethnic group that has been persecuted in Afghanistan for decades.