Czech Prime Minister Andrej Babis is prepared to hand power to a bloc of opposition parties that won a combined majority in the lower house of Parliament in an election last weekend, news agency CTK quoted him as saying.

Babis, head of the centrist ANO party, had acknowledged the opposition win but until Friday held out the possibility he may still have the first stab at forming a new cabinet as the head of the biggest single party in Parliament.

Babis said he would not accept an offer to try to create a new government after his political movement narrowly lost in the parliamentary election last week and was ready to end up in opposition.

“We will hand it over to the new coalition and we will be in opposition,” he said, announcing his decision in an interview for the Frekvence 1 radio station quoted by CTK.

Babis’s decision opens the way for two coalitions of five parties that have won a majority in the vote to rule.

The two coalitions have pledged to govern jointly. They are closer to the European Union mainstream than Eurosceptic Babis.

Together won 71 of the 200 seats in the lower house of Parliament and the centre-left alliance won 37 seats, which would give their government a comfortable, 108-seat majority.

President Milos Zeman, who is currently hospitalised, previously said he would first give a mandate to the leader of the strongest party, not the strongest coalition, which would give Babis a chance to try to put together a viable government.

However, Zeman, 77, has made no comment on the matter since the election as he is being treated for a complication related to an undisclosed chronic illness.

Given a lack of potential coalition partners, any Babis-led cabinet would almost certainly fail to win the necessary vote of confidence in the lower house, though the attempt could have extended his stint in power for possibly a number of months.

Babis’s departure after four years will resolve conflicts of interest he was accused of as the founder of a farming, food, chemicals and media empire, Agrofert, which he put into trust funds before becoming prime minister. He denied any wrongdoing.

Petr Fiala, the leader of Together, is the candidate for the new prime minister.

Zeman will have to accept the resignation of the outgoing government after the opening session of the new lower house of Parliament that begins on November 8. He will then have to select the prime minister. 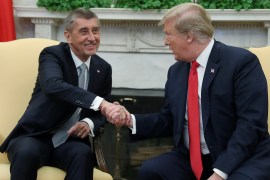 The recent vote surprised many who expected Babis to easily win, and there are other hints populism is waning. 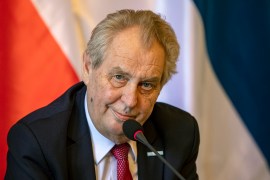 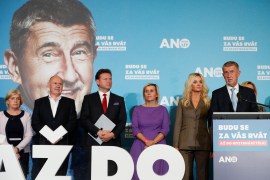