Former US President Bill Clinton has been admitted to hospital with a non-COVID-related infection, a spokesman said on Thursday evening.

He gave no further details except to say that the infection was not COVID-related. But according to The Hill news website, Clinton has been admitted due to sepsis – the body’s extreme response to infection.

Statement, from me, on President Clinton pic.twitter.com/Jbfl4evpcF

“He is on the mend, in good spirits and is incredibly thankful to the doctors, nurses, and staff providing him with excellent care,” Urena said.

CNN also reported that Clinton was in the intensive care unit, primarily to give him privacy.

President Joe Biden who spoke with the former president on Friday, said that he seemed to be doing well.

Clinton, who is from the southern state of Arkansas, was the United States’ 42nd president, holding office from 1993 until 2001. 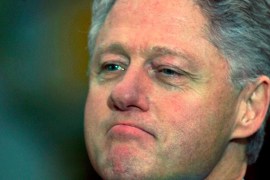 What happened in the Senate impeachment trial of Bill Clinton?

As Trump’s Senate trial gets under way, Republicans see precedent set in Clinton trial as a model for proceedings. 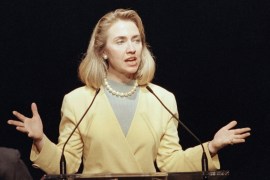 Clinton’s early activism was focused on civil rights, but her later career was defined by her hawkish foreign policy. 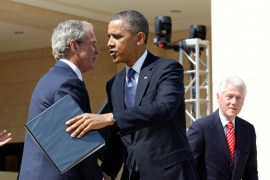 Bush, Clinton, Obama back support for refugees from Afghanistan

The three former presidents support a new coalition of advocacy groups, businesses, to help Afghans settling in the US.