Qatar, in coordination with FIFA, has evacuated almost 100 footballers and their families from Afghanistan, officials in Doha confirmed.

The group was flown from Kabul to Doha on a flight that carried 357 passengers on Thursday, among them many women athletes involved in football in Afghanistan.

It was Qatar’s eighth and largest passenger evacuation flight from Kabul since the Taliban regained control of Afghanistan in late August.

Upon arriving in Qatar, the passengers were transported to a compound facility currently hosting other Afghan civilians and evacuees in the west of Doha.

FIFA confirmed it played a role in evacuating the athletes and their families “following complex negotiations” and “with the support of Qatar”.

Football’s ruling body said the footballers were “deemed to have been at the highest risk” before being flown to the Qatari capital.

Many female footballers had gone into hiding since the Taliban regained power in August, and a group of junior players managed to flee to Pakistan, and have now been given visas to go to Britain.

Women were not allowed to participate in sport during the Taliban’s first reign that lasted until 2001.

“The FIFA leadership has been closely coordinating with the government of Qatar since August on the evacuation of the group, and will continue to work closely on the safe evacuation of further members of the sporting family in the future,” FIFA said.

“FIFA would like to express its sincere thanks to the government of Qatar for its support facilitating extensive discussions and for ensuring the safe passage of these individuals,” the football federation said.

Qatar’s Government Communications Office said the group of evacuees would have access to COVID-19 testing and would remain in Doha until departing to their final destination.

“The State of Qatar will continue to work with international partners on efforts that ensure freedom of movement in Afghanistan, including through serving as an active mediator between various parties,” the GCO stated.

Speaking alongside the EU’s Josep Borrell, Sheikh Mohammed called on the Taliban to maintain ‘gains’ made in past years. 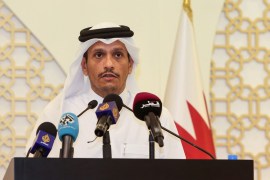 Qatar FM on GCC blockade, Iran and engaging with the Taliban 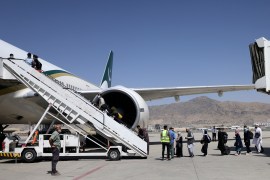 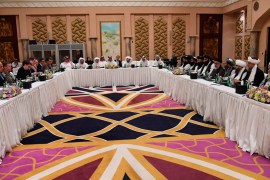