The World Health Organisation (WHO) has honoured Henrietta Lacks, recognising the world-changing legacy of a Black woman whose cancer cells have provided the basis for life-changing medical breakthroughs but were taken without her knowledge or consent.

Researchers took tissues from Lacks’s body when she sought treatment for cervical cancer at the Johns Hopkins Hospital in Baltimore in the 1950s, establishing the so-called HeLa cells that became the first ‘immortal line’ of human cells to divide indefinitely in a laboratory.

In recognising Henrietta Lacks, the WHO said it wanted to address a “historic wrong”, noting the global scientific community once hid her ethnicity and her real story.

“WHO acknowledges the importance of reckoning with past scientific injustices, and advancing racial equity in health and science,” Director-General Tedros Adhanom Ghebreyesus said. “It’s also an opportunity to recognise women – particularly women of colour – who have made incredible but often unseen contributions to medical science.”

Lacks died of cervical cancer at the age of just 31 in October 1951 and her eldest son, 87-year-old Lawrence Lacks, received the award from the WHO at its headquarters in Geneva. He was accompanied by several of her grandchildren, great-grandchildren, and other family members.

“We are moved to receive this historic recognition of my mother, Henrietta Lacks – honouring who she was as a remarkable woman and the lasting impact of her HeLa cells. My mother’s contributions, once hidden, are now being rightfully honoured for their global impact,” Lacks said.

“My mother was a pioneer in life, giving back to her community, helping others live a better life and caring for others. In death she continues to help the world. Her legacy lives on in us and we thank you for saying her name – Henrietta Lacks.”

Tedros noted that Black people like Henrietta Lacks suffered racial discrimination in healthcare, and the problem remained in many parts of the world today.

“Henrietta Lacks was exploited. She is one of many women of colour whose bodies have been misused by science,” he said. “She placed her trust in the health system so she could receive treatment. But the system took something from her without her knowledge or consent.”

The WHO chief said women of colour continued to be disproportionately affected by cervical cancer, and that the COVID-19 pandemic had exposed the continuing health inequities affecting marginalised communities around the world. Studies from various countries show that Black women are dying of cervical cancer at several times the rate of white women, while 19 of the 20 countries with the highest cervical cancer burdens are in Africa, he said.

The HPV vaccine, which protects against a range of cancers, including cervical cancer, is now being routinely given to many girls worldwide and there are hopes that the disease can be eliminated.

“It is unacceptable that access to the life-saving HPV vaccine can be shaped by your race, ethnicity or where you happen to be born,” said Dr Princess Nothemba (Nono) Simelela, a special adviser to Tedros.

“The HPV vaccine was developed using Henrietta Lacks’s cells.  Although the cells were taken without her consent and without her knowledge, she has left behind a legacy that could potentially save millions of lives. We owe it to her and her family to achieve equitable access to this groundbreaking vaccine.”

Lacks, who lived near Baltimore with her husband and five children, went to Johns Hopkins after experiencing severe vaginal bleeding, where she was diagnosed with cervical cancer.

The HeLa cell line was developed from her tumour and the cells were mass-produced, for-profit, without recognition to her family who only found out that they had been used for science in the 1970s. Her life and legacy were documented in the book The Immortal Life of Henrietta Lacks by Rebecca Skloot, which was later made into a film.

Earlier this month, Lacks’s estate moved to sue a pharmaceutical company that had used the HeLa cell line. The action said the company made a “conscious choice” to mass-produce the cells and profit from a “racially unjust medical system”, the Reuters news agency reported.

More than 50,000,000 metric tonnes of HeLa cells have been distributed around the world since they were taken from Lacks, according to the WHO.

As well as HPV, the cell line has been crucial to the development of the polio vaccine and drugs for HIV/AIDS, haemophilia, leukaemia, and Parkinson’s disease. It has also led to breakthroughs in reproductive health, including in vitro fertilisation, and has been used in thousands of studies, including for COVID-19.

“The fight to eliminate cervical cancer is part of the larger fight for human rights,” said Dr Groesbeck Parham, who participated in the civil rights movement as a teenager in Alabama and is now a clinical expert for WHO’s cervical cancer elimination initiative.

“Through her immortal cells, Mrs Henrietta Lacks speaks to us, also calling our attention to the millions of young women and mothers in low-income countries who still continue to die from cervical cancer because they cannot access and afford to purchase the life-saving medicines, technologies and medical procedures that are readily available in high-income countries. The questions being raised by the spirit and legacy of Mrs Henrietta Lacks are: ‘Why does this situation exist?’, ‘What are the solutions?’, and ‘When are you going to implement them?’” 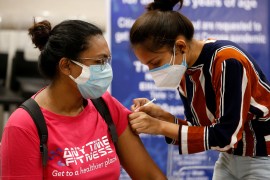 In a potentially pivotal move, the US has backed a global waiver on patent protections for coronavirus vaccines. 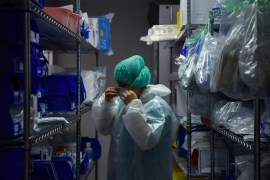 ‘Life and death’: Barriers to healthcare for ethnic minorities

The pandemic exposed the critical obstacles to care faced by many minority communities in the West. 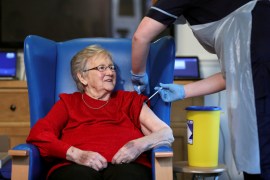 Vaccinating against a shape-shifting virus

Will the new vaccines be effective against the new strains of COVID-19? The short answer is ‘probably’. 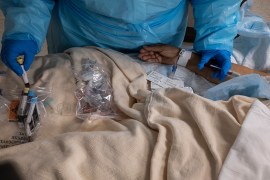